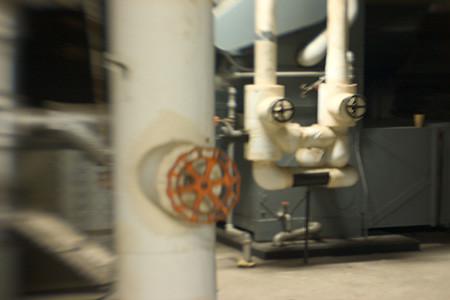 This weekend, I’m going to, once again, try to finish off my Polaroid series. If the power doesn’t go out on account of the storm, I’ll hopefully be able to scan in the batch from last week. I’m almost done with my series from New Orleans. I would also like to post process the cemetary stuff from New Orleans, which I have yet to touch.

Every time I look at it, I end up giving up, since there’s just so much there. This happened to me when I went out to Santa Fe and shot 80 rolls of film in a week or less. There was just so much there, I never ended up going through it. I was just crazy shooting, and not really getting anything out of it. I will try to process the cemetery stuff and get some of it out on the web this weekend, in an attempt at “breaking the spell” and actually looking at the work.

I’ve jerry-rigged my Tivo to record Nick Cage movies. It’s been working out quite well for me. Last night, I couldn’t sleep, so I woke up at 4 am and watch Nick Cage and John Travolta in Face Off. It was way better than watching an infomercial, and I’m downright insane thanks to all the hurricane coverage, that’s all I can say.

I would also like to extend a special thank you to Vee Sawyer, who has graciously agreed to drop off my artwork, for the upcoming AVAA show, at the gallery. She’s going to have one of her magnificant magnolia series prints in the show as well, and I can hardly wait to see it. You can checkout some of her work here.

There’s still time to get your FREE BEER so plan to come on down on Thursday (if you’re in Austin and you are so inclined.) That is, if we all survive the RITAs on Saturday.

Latest track has it veering more towards the East which would spare Austin the brunt of the storm. They are still talking of “wide bands of rain” (silly me-I thought it came only in drops) and heavy winds, although we can’t quite clarify just how “heavy” the heavy winds are expected to be. Not to mention the fact that nobody’s quite sure when, where, or how powerful the inevitable tornadoes will pop up, spawned by the new, lovely, Cat 5-like storm in the Gulf.

Getting home tonight’s going to be a challenge, to say the least. Parts of the Texas coast are completely dry (sans gasoline.) I’m lucky enough to have a full tank but my home is within 4 miles of about 5 different shelters, housing “gobs” of displaced Houston residents. There are signs on the way home that route the hurricane refugees to the nearest (open) shelters. By now, most of the shelters in Austin are full, and they are routing folks to Leander, which is out Highway 183, past my home. (I’ll be sure to wave to the poor folks as I putter on past them.) Once Leander fills, I honestly don’t know where they are going to end up, if they can even make it to the greater Austin area without any gasoline. (It’s hard enough to make it from Houston to Austin on a good day, let alone doing it in a hurricane without gasoline, ok?)

Hotels in Austin are booking rooms according to the hurricane you fled. “Rita? Are you here because of Rita? Or Katrina?” they ask you upon check-in. I think they even have special rooms for folks who can legitmately respond, “BOTH, but not in that order.” Go figure.

I’ll try to post after the storm passes to let all the European folks (and friends and family) know that we’re ok.