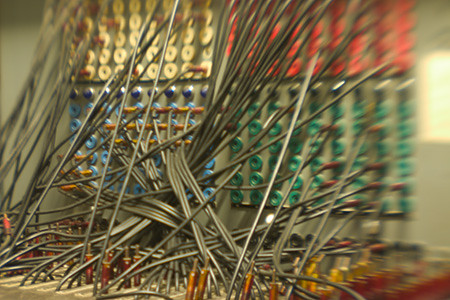 So, hurricane Rita has taken a bit of a turn in the Gulf and is now headed more towards Houston and Corpus than originally planned. Current forecasts have it making landfall in Galveston Bay sometime late Friday night or early Saturday morning. (That’s about 180 miles from here as the birdies fly.)

This “right turn” means that Austin will feel it’s impact a bit less, although full “storm mode” has already set it. Friends have been telling me that you cannot buy botted water anywhere near the city and that Home Depot is almost sold out of plywood. Folks have been making the trek from points south, buying plywood and supplies, and then going back to board up. I topped off my gas tank this morning and had to wait in line for fuel. I was the third car in line. Usually, when I get gas at that very station, at that very same time, I’m the only car in the lot of about 8 pumps. Today, I had to wait my turn and each of the pumps were 3 people deep, filling ‘er up before the big storm. It’s to early to say what it will do to gas prices (and supply) once it hits. (Yeah, right. Who am I kidding? They are already high and they are only going to go higher.)

Before my folks moved to Austin, my mother asked me, “well, what about hurricanes? Does Austin get hurricanes?” I told her, “well, Austin’s pretty much safe, since it’s inland, unless, like, some FREAK category 5 comes right into Corpus Bay and, even then, we’d probably be ok, but we’d also probably feel it some.”

Enter the FREAK category 5 show from Gulf Coast east. (You’ll just have to imagine a hurricane wearing a top hat and tails dancing in from the right with a cane and a pretty young tornado on it’s arm.)

Today’s shot was one taken in Austin Parmer Auditorium just before they started to tear it down. I hope that RITA won’t do this to the Gulf Coast but I’m half expecting it.

But, what I really want to know is…you know how they always seem to have some video of some idiot out surfing just before the hurricane hits? They always show, on TV, some newscaster, on the beach, wearing a slicker (for the rain) with like some lone idiot out surfing in the high tidewaters that hit just before the big storms. You can always see him out on the coast, screaming “Cow-a-bunga-Dude” as he makes his way over the breakers and back to land.

Ok, so, like, where’s the dude? I want my cow-a-bunga dude. Ivan had fake video, North Carolina (Ophelia) had surfers for days, how come we don’t have a cow-a-bunga dude out there? I’m starting to lose faith in all the idiots out there. Come on, people. Don’t you want to surf?