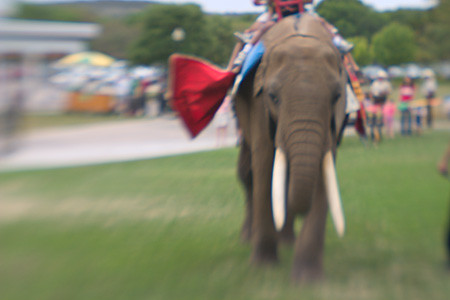 I heard a joke the other day on the radio, “I could sleep through an elephant wearing clogs dancing through my bedroom at night.” That’s pretty true for me as well, so I thought that I would post an elephant in honor of this distinguished occassion. (Clog dancing, anyone?)

Speaking of distinguished occassions, tonight is my art show. In an attempt at getting some slightly potent potable, I went to the store and attempted to purchase some bubbly. (Notice I said, “attempted to purchase” and not actually “bought.” I bought something, I’m just not quite sure that it’s “bubbly” or really, in fact, what it is at all.)

I don’t know what it is about buying wine. I don’t know how a basically well-educated intelligent person like myself could walk into a store that sells wine and find themselves completely zapped of any and all knowledge. It’s like, as soon as I walk in the door, I turn into a bumbling idiot. I mean, “in real life” I know how to read, write, drive a car, speak a few words in a few different languages, not to mention get around with a map, a compass, a sextant, and a GPS locator. Crap, I even once learned trigonometry and I know how to buy tequila. (Shouldn’t wine be easier to buy than tequila, since it’s less potent?) I even know “who shot JR” and how to properly configure a UNIX workstation. Doesn’t that count for something?

Why is that, as soon as I walk into a store that sells wine, I turn into a complete moron? My IQ drops by about 80 points and, needless to say, I don’t exactly have a spare 80 points lying around that I can part with.

In the end, I purchased some bubbly that looked pretty good, Italian, with “a hint of raspberry.” Don’t ask me what this means, I’ve never actually tasted a “hint” before, and can’t really comprehend the concept. (I’m guessing, again this is just a hunt from somebody with less than 100 IQ points left, that it doesn’t taste quite as “full bodied” as raspberry jell-o and that it’s sorta red if you hold it up to the light just right.)

Sometimes, if you get “lucky” in the wine aisle, they have these little cards that detail what the wine magazines have to say about your potential beverage of choice. If you are even more “lucky” they actually hand out grades. You’ll see “marks” on there like “92” which, from what I can tell anyway, is a pretty good score. I think my “bubbly” was 89 or so, which was the highest I could find without gonig “into the case.” They keep the really good stuff locked up in a case and, to get that, you have to grovel over to some “wine stewart” type of person, who actually knows what he’s talking about, and makes you lose even more IQ points in the process. (Usually, I end up leaving with something outside “the case” anyway, so I know enough to just not go near there for starters.)

Frequently, due to my complete lack of knowledge and IQ points, I buy wines based upon how pretty I think the label is. If I happen to see a “score” somewhere near the bottle, I look for the highest mark. This usually works better than going for “label pretty” although not all that much better.

Last night, I ended up purchasing (I swear I’m not making this up) a wine from Australia. It was a Pinot Gregio which is some kind of wine that’s difficult to pronounce, so (again I’m guessing here) it must be good.

It features a nice, pretty picture of a kangaroo on the label. That scares me. I’m afraid of wine that hops. Somethings tells me, and I’m going out on a limb here, that this isn’t going to be very good wine at all.

I really hope that kangaroos like raspberry, otherwise, I could be in really deep trouble tonight.