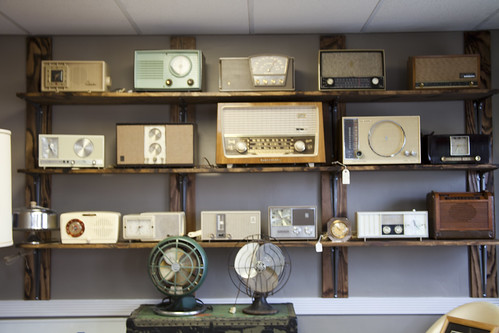 So, I was home tonight flipping the channels on the TV as I usually do, when I happened upon a description in my on-screen cable guide. The description said something along the lines of “Great Performances” and then detailed an evening of acoustic music filmed live at the Vienna Opera House featuring Joe Bonamassa. This really captured my attention because, prior to tonight, I did not know who Joe Bonamassa was, nor did I know what type of music he played. After I pulled up more information on the cable guide, it informed me that he was, in fact, a blues musician.

This really got my attention for a couple of reasons. First off, I had never heard of the guy. An Italian operatic tenor, perhaps? The name Joe Bonamassa would certainly fit that bill but, a blues musician? A little bit odd. Then there was the whole “Vienna Opera House” thing. I mean, they don’t just let people stroll on in there. Whoever this guy was, he had to have some serious chops, right? I mean, to play blues music in the Vienna Opera House? Coupled with the fact that it was an acoustic performance? This was really sounding quite interesting. In the end, I decided this description from my on-screen cable guide was just too good to pass up, so I popped on over to the cable channel that was broadcasting this event and watched for myself.

My hunch was right. This Joe Bonamassa guy was just incredible. What a performance. I can barely stop thinking about it. As I was listening to the music, much of it southern-style acoustic blues music featuring his incredible guitar playing, my mind started to drift. I started thinking about photographs I would take, about paintings I would paint. It was creative inspiration coming to me on very many levels.

My first creative idea is one that I’m going to implement right now. I’ve decided that I’m going to do a new feature on the blog. Since I’m so inspired by music, and I consider myself to be a bit of a music hound, I am going to start up a new feature called: “Music To Paint To.” It’s going to feature, as the name implies, music that inspires me to take photographs, pick up a paint brush, or do some other creative task.

Now, there are a lot of music review sites out there, I’m sure, and I don’t intend to compete with them, no. Rather, this is more of a feature (I hope to become regular!) that will highlight some music I feel is good inspiration for painters, photographers, and other creatives who need a soundtrack for their studio. As you might guess, Joe Bonamassa is going to be my first victim (I mean, um, “featured artist.” Yeah, that’s it!)

Other stuff will flow from tonight’s creative musical adventure, I’m sure, but I wanted to get this one going. Look for some musical inspired paintings in the future, as well as maybe even a photo shoot or two, thanks to this type of creative inspiration. I can’t help but listen to music like this sometimes, just close my eyes, allow my mind to drift, and let creative ideas pop into my head. It’s a wonderful thing, really that is. I swear I wish I could bottle it and sell it but, alas, all I can do is recommend that, should you happen to get the chance to check out any Joe Bonamassa live at the Vienna Opera House, you not pass up the opportunity.