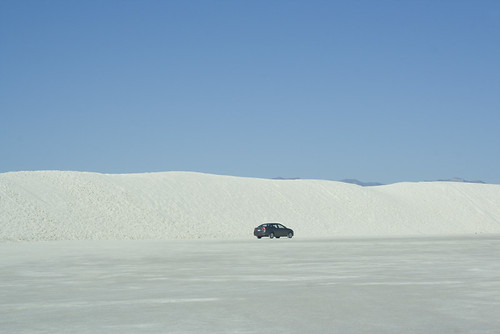 I think it’s high time I’ve told you what fun I had in court the other day.

For starters, I never knew that “Y’all Rise” was an acceptable judiciary greeting (I swear I never thought I’d hear a judge say that) but, hey, this is Texas so, I guess, we must fit our “y’alls” in wherever we can take them. The case I was summoned to hear involved a man driving in the suicide lane (you should never drive in the suicide lane, snowflakes, it’s bad form) in an attempt at cutting off rush hour traffic. A lady in an SUV pulled out to make a left turn, inching into bumper to bumper traffic, only to be smacked back into place by the suicide lane driver. I really hate it when two cars try to mate-it never works, we never get like roller skates or anything-and somebody usually gets hurt. This time though, we were lucky, as nobody was injured, except for a stray Honda Civic or so and everybody was seeking the rare, elusive beast known as “damages.” So much for court being important. No murder, rape, or anything juicy for me, snowflakes, I was instead summoned and got stuck in traffic court. (Better to be stuck, I suppose, in traffic court this way than, say, being like The Stig and getting stuck there “the hard way.” What me without my safety helment and all.)

The nice thing about traffic court is that, well, it’s usually short. The trial actually lasted a mere few hours (hey, that’s short in trial terms) and I was free once again (sprung! Sprung from the shackles of my civic duty) to reek havoc on the unsuspecting suburb of Round Rock.

Some high points for me, if you could call them that, were when the lawyer was describing the location of the accident. “Do y’all know where….is?” and she’d rattle off song Round Rock-based street name. “No,” was our unimous response. “How about….?” Again, another street name we didn’t recognize. “It feeds into….?” Nope, sorry, yet again. Eventually, we got to, “Well this is the access road for I35…”

“Oh! Ok, we know where that is!” was the response.

Then, some lady sitting next to me said, “I live in Brushy Creek.”

I looked at her and responded, “Now I know where that is.”

And some other person said, “I live in Georgetown but I know where Brushy Creek is too. Can we maybe like move the accident or something?”

That’s what you get when you have a petite Petit court in Round Rock that calls jurors from across the county: a bunch of people who don’t know where they are. The directions to the courthouse didn’t help either. We were told to go to the appliance store, take a left, go down a small back alley type of street, past an auto body place, and the road would dead end at the courthouse. Great, I always thought it would be a grand idea to have a petite Petit court at the end of a road I never knew existed so I could go try a case in a city in which I do not live. Ah, justice. Glad to see that it’s blind as a bat but still somehow working.

Now that traffic court is behind me (you should never drive in the suicide lane) I can get back to my usual posting.

Speaking of all things Stig, I have it on good authority (ok, so actually, I made it up) this is where Stig goes to change his helmet on laundry day. He can sleep soundly, however, knowing full well and good that his one true identity (not to be confused with that of his soon-to-be American counter part) can remain anonymous. I mean, who would find him out in this place? Except for maybe some guy who likes to drive in the suicide lane, and he’s now been conveniently imprisioned by some stupid jury from the petite Petit Court in Round Rock, Texas (you know the one-left at the appliance store, past the auto body shop, wave at The Stig changing helmets as you drive to the dead end? Yeah, it would be *that* one.)

Stuff this in your helmet: justice is sweet so long as you don’t get caught driving in the suicide lane.

Until next “Y’all May be Seated….”