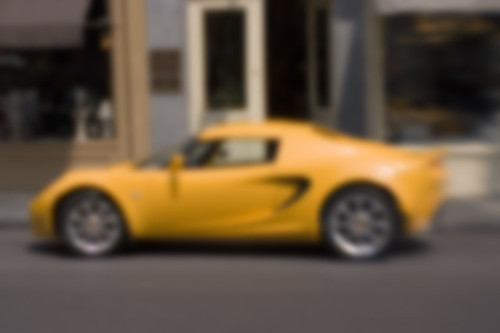 Ok, so maybe it is a bit, well, yellow but, you must admit, this is not really your Mama’s taxi. Actually, come to think of it, it’s more like an Uta Barth mobile but, hey, it’s a car, and cars have been on my mind lately so, like, you should know how it works by now-if it’s on my mind, you’re going to get a picture.

For my weekend round up, I am going to actually give you some news this week. I’ve decided to give myself a challenge. In the true spirit of, well, nothing really, but I’m going to do it anyway, I’ve decided to challenge myself to not upload anything new for two weeks. Yes, you read that right, snowflakes. For two weeks, the next two weeks in fact, you’re going to get no new photos-only stuff from the archives.

Now, for most photographers, that sounds quite scary because, well, because they tend to “skim off the top,” that is, upload the best stuff first. Naturally, it follows that, if you put this into practice, you’d actually be digging through a pile of crap (if you were me.) But, for me, it doesn’t work that way. You see, I have time constraints and I shoot way too much when I travel, and it’s hard to keep up, and yada yada. Given all of that, there’s actually some “good stuff” in the bottom of that pile. Stuff you haven’t seen yet because, well, because I haven’t seen it yet. There’s night work from NOLA, architecture from Italy, reflections from the sunshine, people in odd costumes doing peculiar things. Realy, there’s a whole buncha “stuff” in the bottom of that “crap pile” and, well, some of it might be interesting.

So, needless to say, instead of a round up, you’re getting the start of what promises to be different. I mean, just think about it. If I’m “weird” on a good day, imagine what’s at the bottom of that crap pile.