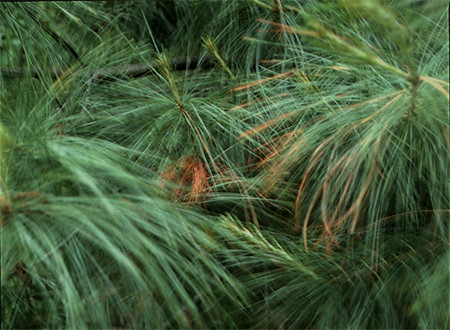 Yesterday was the 4th of July. For those of you (not in the US I presume) who don’t know what the 4th of July is, well, let’s just say it’s a day marked with fireworks, BBQ’s, and other odd celebrations. It’s the day folks in the US celebrate their independence, although that happened so long ago, it’s really just become a day to relax in mid-summer. Most people go to the beach or lazy around the house, enjoying the summertime for a day, before we all have to go back to work again, on the 5th of July.

I say “most people” but I really should say “most NORMAL” people. Some (oddball) people like to blow things up. Yes, you read that right, fireworks, though illegal in most states, cities, and towns across the US, are a big part of July 4th.

Now, call me a spoil-sport, but I was never a big fan of firecrackers. Don’t get me wrong, I love (absolutely love) going to the park and watching the pretty “bombs” go off in the sky-I especially like this when coupled with a symphony orchestra. It’s magical. It’s romantic. It’s fun. But, firecrackers? Little “poppers” that just sort of go off, make noise, and get done with it? Not my thing. They scare the dogs, annoy me, and just don’t look pretty.

Now, I’ve also told you about my neighbor in the back, the moron, who loves his trampoline more than his wife. Something I didn’t tell you is that said neighbor is a fireman for the City of Cedar Park (where I live.)

The other day, on the 3rd of July, actually, the paper ran a big article about how fireworks were banned within City limits and how, this year anyway, there was to be a $2,000 fine for anybody caught breaking that law.

While my neighbor in the back is a moron, I thought that he might be smart enough to avoid getting caught with fireworks this 4th of July since, well, since he is a fireman and all. Call me crazy but, since he’s one of the guys you call after your hand gets blown off accidentally, I thought he might, he just might, be smart enough to avoid playing with fire on his day off. Couple this with the fact that the fire chief lives over on the next block, behind him. (That would be his boss, in case you weren’t paying attention) and I really thought there might be a chance for this idiot.

But, nooo. Said idiot was out there showing his kids how to light off firecrackers. Even with the $2,000 fine, even being a fireman, how did he spend his day off? Breaking the law and lighting illegal fireworks off in the yard.

Now, the stupid one in all of this is not actually him, no, he can’t help it-he was born a moron and a moron he’ll stay-the stupid one is actually me. You see, I missed my “golden opportunity” this July 4th. I could have called the police, yes, it’s true but, this being Cedar Park, well, you already know about their “keystone cop-” like behavior and all. That would have been a no-brainer, since they would have just told him to stop and not fined him.

No, the *real* opportunity here would have been to take the newspaper article, the same article detailing the $2,000 fine, wrap it around a brick, bounce it off the trampoline, and break his back windows, while he was out shooting off the firecrackers.

I mean, think of that opportunity. What could he have done? Called the police? He was already breaking the law, so that wouldn’t have worked. I would have had him dead to rights.

Instead, I just took poor Chase inside and tried to comfort him. He hates fireworks, he really, really hates them.

Now, if only I could train him to hate fireman (and bite them in the ass!) as well…

Until next boomingly stupid idiot…