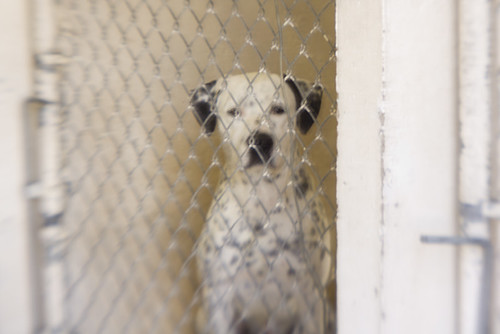 I finished putting together my PC this weekend. Got a new monitor, got Adobe Photoshop Elements, and got a small printer/copier/scanner all-in-one device. I got most of it setup too, except that, just as I was about to hookup the printer, a violent storm blew through.

So, I shut everything down and went in to watch some TV. I started to fall asleep when this sudden bolt of noise woke me up. Sounded like the neighbor’s house got hit by lighting. It was following by a very quick clap of thunder, less than 1 second apart, so I can only guess the lightening was not far away. Yeow.

Back to sleep for me, until about 4 am, when the tornado started in. The wind was so loud I woke up, out of a sound sleep, and hugged my pillow. “I don’t even have time to get into the closet,” I thought to myself. Chase was pretty froke out about it, but doesn’t appear to be too afraid of the stuff, so long as he’s in the house. If he happens to be playing in the yard when the thunderbolts come down, well, that’s another story. This one caught us both off guard-twice too. Really sounded like the “rumble, rumble” of an oncoming freight train and, they say, that’s what the twisters sound like.

So, I’m happy I got my new computer hooked up, and looking forward to playing with it. I shot some pics at the wildflower center and want to try uploading them on the new computer.

An interesting thing about the Wildflower Center. I was horribly out of Compact Flash when I was there but it’s absolutely one of my most favorite places in Austin to take pictures. So, I’m there with like 256M of CF (I could go through that sneezing. Really, I could. Ah-choo! There’s another gig…)

For me, it was a mixed bag, but it changed my entire frame of mind. I went back to the “old skool” days, like back when “film” was expensive, and spent a lot of time thinking about what I was doing. Taking time, slowing down, sometimes even stopping, and saying to myself, “no, I don’t want that.” Forced me to make choices and to think more, which, maybe isn’t such a bad thing, right? (Remains to be seen, once the CF gets uploaded, which will happen, in turn, when the storms pass.)

And, finally, to round out my “odds and ends” post for the day, I’ve waited and still have not converted to the “new skool” Flickr login. Funny thing about that too, they have a reminder message on the splash screen which, we’ve noticed, gets an increase in font size, every day we get closer to the cutoff date. Almost makes me want to hold out and not switch, just to see how big the font will get by the end of the week.