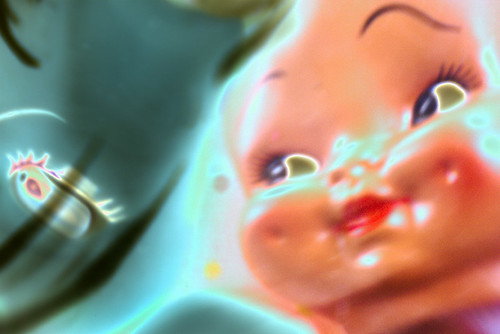 Those of you who know me probably know that I belong to several photography groups. I participate in most of them in one way or another but, after fifteen years in photography groups, fifteen years of group shows, seemingly endlessly boring meetings, and fifteen years of “personal squabbling,” or “creative differences,” it gets hard to keep up with it all. Some of the folks who know me know that I’ve grown to avoid certain photo group meetings. Not because I don’t like the group, or don’t want to be a part of it, not because I’m bored with it all, or can’t stand the people (many of the same people go to all of the same groups, mind you) just because, well, if I bothered to keep up with all the photo groups I’m in, well, I’d never get any photography done. I’d be insane, running from meeting to meeting, trying to keep up with each of the groups in Austin. And, believe me, there are at least five or six and they can be very active.

So, I take it in stride. I go to field trips from one group, meetings from another, participate in groups shows with different ones, attend holiday parties for another, and so on. I spread the “Carol presences” out like a blanket-carefully melding it to each corner of the Austin photographic universe, watching the scales carefully, so they don’t “tip” in favor of one group more than another, all the while making sure I don’t spread myself too thin. In the course of doing this, I’ve found that there’s one particular group whose meetings I avoid completely. It’s not because I don’t like them (I do) it’s not because I don’t want to attend the meetings (I do) it’s just that, well, a girl can only go to so many meetings in a month, and they just keep losing out. I think I’ve been a paying member of this group for a few years now, but have yet to go to a meeting. I go to all of their field trips, attend workshops they offer, even have friends in the group, just keep missing the meetings. It’s become a bit of a running joke, actually. I’m a proud member of the Austin Shutterbugs but have yet to attend a meeting.

A few weeks ago, a friend of mine contacted me, asking me about the various groups, specifically asking about the Shutterbugs. I told him honestly what I thought about the group, actually all the groups to which I belong. He decided that it would be a good idea for him to join the Shutterbugs. I informed him that they meet on the second Thursday of the month. (How I know this, when I never actually attend any of the meetings is, well, I guess, just part of the joke.)

Over the course of the time I’ve been a Shutterbug, I’ve gotten quite crafty about avoiding the meetings. I’d have to say, actually, downright creative. I’ve been known to use every excuse in the book and, well, some that aren’t. “I have a genetic defect,” I admitted once on a field trip, “I can’t attend long club meetings. Anything over two hours and I spasm. Honest!” Sure, there has been a few times when I’ve actually tried to go, and something got in the way-I was sick, I was running late, my dog had problems, or some such thing but, for the most part, I’ve unabashedly missed the meetings. So now this puts me in an interesting situation. I’m actively recruiting for the group, but have yet to attend any of the meetings myself. I’m a paid member, and I go on a lot of the field trips and workshops, but never attend any of the meetings. To make matters more interesting, yearly dues are now due.

So, I said to my friend, the one who’s interested in joining, “Hey, if I give you $20, would you mind paying my dues at the next meeting for me?” I have to admit though, even for somebody as lazy as I am-I mean, I’m like the queen of slack, having never attended a meeting in the years I’ve been a member-I’ve gone a bit too far with this one now, don’t you think? I mean, not only am I too lazy to actually attend a meeting, but I’m recruiting other folks who will sign up and, presumably, not go to meetings with me. I’m so lazy I should get an award. I belong in the “Academy of Slack” or something, right next to a picture of paint that doesn’t dry fast enough and like one of those slow moving tree creatures that just sort of hangs there, in the woods, don’t you think? I have more slack than a pile of rope on the floor.

I’d give myself an award, except that I already know I’d be too lazy to show up at my own awards ceremony. And like, you know, you just know, it’d be held on the second Thursday of the month.

And, as for my dues. It’s not too late. I can still mail them in.