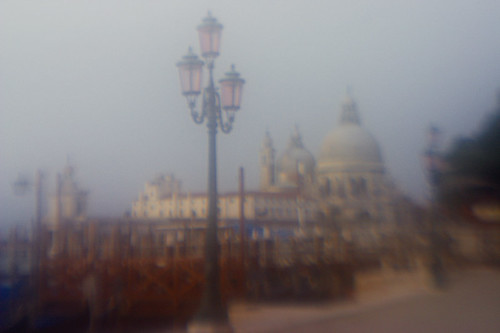 Sometime last year, they changed all the Foley’s stores in Austin over to Macy’s. Normally, this would not be a big deal, since the stores are owned by the same company and all, but, for me anyway, it’s a bit weird.

You see, when I first moved here, I looked around and noticed that the only store we didn’t have (that I liked to shop in) was Macy’s. No big deal, they would announce in the paper that a Macy’s was coming soon, or that they were planning a new mall across town that would have a Macy’s in it. Ok, so I figured, it would be a year or two tops before Austin got a Macy’s. I would just wait it out and be happy when it finally arrived.

Then, something weird happened. Macy’s never opened. They just never opened. There was always some strange reason, like the buyer backed out or the mall changed locations, or, well, something. Malls came and went and still, no Macy’s.

Then they announced the “great Foley’s conversion” and I thought, “Ok, sure, now we’ll get a Macy’s. We’ll have to get a Macy’s. They have no choice. They’re making all the Foley’s in town turn into Macy’s” And, well, we got a Macy’s.

Yesterday, I went to our Macy’s. I bought a few things but I didn’t feel any better about it. As we were leaving, I overheard somebody, probably another fellow New York “transplant,” say, “that’s the smallest Macy’s I’ve even been in.”

It’s true. Our Macy’s in tiny. And hardly worth a visit, if you ask me. I would not have gone if I knew how small it was.

So, where does that leave us? Now that we have a Macy’s-ette (or maybe you prefer the Mexican “Macy’s-ito” instead?) and we still don’t really have an honest-to-God Macy’s. No Macy’s-o-rama-no MACY’S, no “extra grande,” no giant one that you can shop in all night-one that has hordes of clothing thrown about the place, with loud music in the Junior’s department and an entire floor devoted to pots and pans and kitchen-y stuff. You know, no “real” Macy’s to speak of, just this pathetic excuse of a one, where does that leave us?

I mean, I’m sure they won’t open a “real” one now, since they’ve got the petite version taking up all this real estate, right? And, I still kind of want to go to one now.

I guess it’s like that old saying, “be careful what you wish for…”