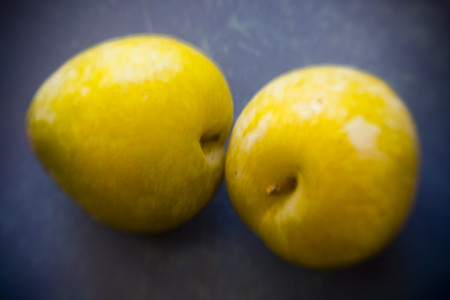 Did you know that November is “national novel writing month?” I didn’t. At least, I didn’t yesterday but, now, I guess, I do. They have a website to celebrate this monumental occasion, abbreviated to NaNoWriMonth. (Phew! Still a mouthful if you ask me.)

So, in a fit if madness (is there any other kind of fit, really? Nevermind, don’t answer that.) I’ve signed up for this national spew out your ideas onto a website where nobody will read them and, in return, we’ll give you a gold star, actually, a lame icon that you can post to your blog “contest” of sorts. Yes, my snowflakes, you read it right, I’m going to “volunteer” for this, ahem, lovely challenge and try to write a novel. In November. This November. That would be, like, next month, for those calendar-ically challenged.

So, since I have to write a lot, I figured I had better get started. I need to write, write, and, um, write so, like, here goes.

Let’s see…where to start….hmmm…how about world events? Who knew the most dangerous profession in the world was “Amish schoolchild?” Not me, that’s for sure! If you asked me, I would have ranked that right up there with “Koi breeder” until yesterday. Hey, I’m up to about 10 words already (only 49,990 to go!) Ok, let’s try some more. Um, did you hear that the good people of Thailand now know what my TiVo could have told them all along….that it took a military coup to overthrow Nicolas Cage? Yes, it’s true my snowflakes, in celebrity “non-news“ (is there any other kind? Nevermind, Anna Nicole Smith answered that one already) it seems the “beloved” (HA!) actor was in Bangkok filming a new movie when he was forced to leave the country by means of a private aircraft. God I wish I had one of those for my TiVo so I could finally rid myself of that mess. But, the “big question” still remains. Would you rather face a coup or be forced to eat spinach? (Oh the horror. Oh the humanity. Oh the bad B-movies we endure. Pass the veggies, please.)

And, on the subject of celebrities and, um, “messes,” I swear I think I just saw Mel Gibson in a dress and wig down on Congress Avenue. Nevermind, she was talking to somebody who was circumcised. Ah Ha! So, it’s true what they say…X-Ray vision can come in handy sometimes. (Yeah, yeah, I know. It’s also true, and they sometimes say it aloud too, “it takes a village to raise a village idiot.”)

I’m not always this stupid, some days, it’s worse but, hey, I’m down about another 100 words or so. It can’t be all bad, right? (The only thing I can say in my defense is that somebody has to make Forrest Gump look like the keen intellectual he really is.)

This word thing is pretty easy. Here goes some more…Drink this and you’ll grow wings on your feet. First your money, then your clothes. Hey, buddy, would you like to buy a watch real cheap?

What, were you like expecting a plot or something? Geesh, you people. Demand the world of me, eh? So sorry but, national “plot month” isn’t until December.

Ok, ok, but, at this point, I’m saving that for *after* the contest starts. And, please, for the love of God, money, and great American muscle cars, don’t email me about that cheap watch.