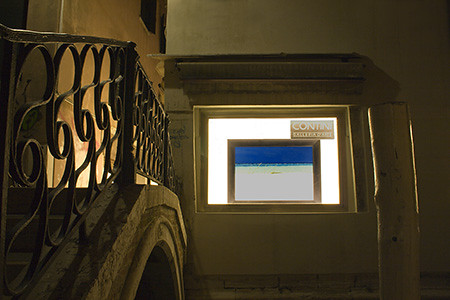 In the “well, somewhere there might actually be an iron left on” department, this feeling that I left my car headlights on was nagging me all morning. At first I thought I would just ignore it, maybe it would go away on its own, but then I plugged in the podling and lo and behold, what do we have on the “random shuffle” today? Jacob Dylan singing, “And we can drive it home…with one headlight…” Gulp. (That damned shuffle…random, my ass.)

On the subject of headlights, rain, inclement weather, flooding, and the like, it’s raining in Austin again today. For about three or four days, it’s been raining-the kind of rain that’s just rain-no hail, tornadoes, thunder boomers, or flooding, just a soft sort of summer rain. It’s rare that this happens in Texas, as we usually fall prey to some nasty storms-the rain, flooding, and the like is typically a “side dish” if you will, to the “real” events, which are usually hurricanes, tornadoes, or bad ass storms. But, not this time. No, this time, we get soft rain and a lot of Austinites looking up at the sky going, “hmm. Raining again?” This must be mother nature’s way of watering my lawn, watering my new tree, and, um, feeding the fire ants (the rain makes them pop up-ugly buggers that they are.)

It feels like it’s been raining for 40 days and 40 nights although, I’m pretty sure, it’s just 3 now. Got a loaner ark I can borrow? Even without my ark, I couldn’t stop poor Chase from getting a “beard” full of fire ants. Poor little chap doesn’t know what they are, but I could tell, he didn’t like them much. He told me in his own little “puppy” way-by rolling around face first on the ground trying to get them off. And, no, as a matter of fact, I didn’t leave the headlights on. My bad.

Speaking of bad, flooding, and the like, that new TV show featuring the cardboard cutout of himself (Matthew Perry,) Studio 60 on the Sunset Strip, seems to be running this recurring comic gag about that extremely “booped up” actor, Nicolas Cage. “Cage” appears on the show as some kind of a tweaked out “love doctor.” (Shhh. Don’t tell Tivo or, Buddha only knows what kind of crap I’d end up looking at next week.)

I don’t know why but, for some reason, I’m getting this vision of Nicolas Cage driving a padiddle in a chase scene with a cardboard cutout of Matthew Perry on the front seat next to him, all the while trying to out-run a large, rolling, nest of fire ants. Hmmm. Must be the Kool-Aid. (Throw in a flying Jackie Chan and it would almost be entertainment.)

And, since I told you about my new tree, I probably should give you the details. I’ve gotten a crepe myrtle tree for the front of my house. It should bear red flowers come spring but, for now anyway, it’s just going to take up a lot of water.

So now you know.

PS I’ve finished all but one of the prints for the review, the Apple iPhoto book arrived today, and I’m turning into a bundle of nerves for Thursday’s review. Wish me luck!