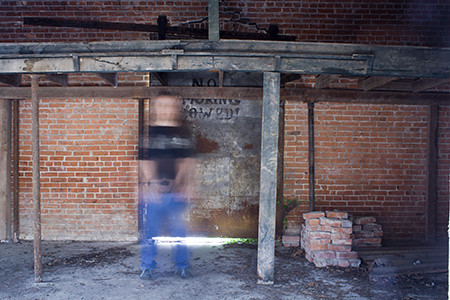 What do Lisa Kudrow, a dumpster, a giant blue care bear, Ben Stiller’s wife, and my car all have in common?

Picture this. I’m late for work. Have you ever been late for work? Ever have one of those days when you know you’re going to be late, you just can’t help but be tardy, you’re just running late, and everything you do takes longer than expected? You get stuck in more traffic than usual, maybe you go to tie you shoe and your shoelace breaks, possibly your breakfast toast burns beyond recognition, and, all the while, you’re thinking to yourself, “great. I really need this. It’s not bad enough that I’m already late…”

The other day, I was late. I was hoping I could just “sneak” into work, sort of slip in, without anybody noticing, just sort of “slide” into my desk, maybe slip over to the coffee pot and act like I’ve been there for hours. I was hoping, preying actually, that nobody would notice and that I could just sort of glide into position, look around, and be like, “nope. Not me. Not late here. This is how I look when I’m not late…”

There was a lot of traffic on 183 (isn’t there always more traffic when you’re late? Is there like a law or something? Woops. Carol’s late. Speed limit has been reduced to 23 on all major arteries. Everybody must get in front of her….she’s *late*) I finally pull into the parking lot, but notice this weird camper looking vehicle parked in the lot and it looks like the parking garage is closed off with some sort of plastic, but they still left an opening in this weird Saran wrap of a garage door, so I zipped in and grabbed a spot.

It’s really quiet in the office, so I start reading email. I got one email that says, “there’s a film crew shooting our dumpsters. Anyone throw away something valuable?” Quickly followed by another, “they’re filming a movie in the parking lot. It’s Lisa Kudrow’s movie titled ‘Kabluee’ also starring Christine Taylor (Ben Stiller’s wife.) The main character is the big blue stuffed bear next to the dumpster…literally.” That’s when I notice that everybody in the office is hold up, next to the window overlooking the parking garage, watching Lisa Kudrow pull a giant blue stuffed care bear out of our dumpster.

Now, you know, you just know, my car is going to be in this movie. They filmed the scene, you see, just as I was zipping by on the way to work. Just as I was speeding into the garage, late for work, my entire company is lined up by the window, watching Lisa Kudrow pull a giant blue care bear out of the dumpster and, naturally, watching my white car zip into the parking garage, past the Saran wrap and behind the guys holding all those fluffy microphones and such.

If I had been on time that day? Ha! You bet they would not have filmed the movie then. Nope, no movie for my wheels (not to mention my sorry, late, ass.) But, late? You know, you just know, this is going to be immortalized on film, preserved for generations, broadcast in 40 foot tall HDTV on giant movie screens across the globe. The movie’s probably going to be a hit too. I’m certain of it because I was late. Just because I was late, they’ll be people lined up to see Lisa Kudrow, the giant blue stuffed bear, the dumpsters, Ben Stiller’s wife, Christine Taylor, and my late ass sitting in a car, zooming past, in the background, almost running over some guy with a fluffy microphone, all because I was late.

I mean, couldn’t they film in the freaking *front* of the building? You know, that place where sorry assed late zipping cars avoid? No, they had to film in the back, by the dumpster, conveniently located next to the parking garage. The very same dumpster that holds my day old empty Lean Cuisine boxes, my dirty paper towels, and our empty pretzel bags, that dumpster. And, that, of course, would be the very same dumpster I zip past when I’m late, in my soon to be immortalized on film, dirty white car.

Damn. If I had known a film crew was coming I might have washed it.