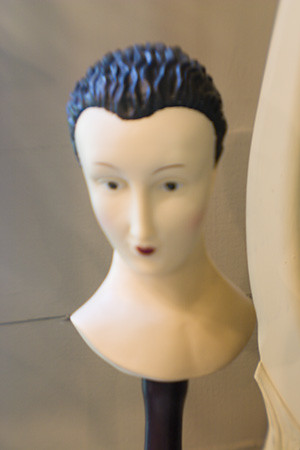 I love movies really, I do. You’d never know it from the frequency at which I get to watch them but, I really do like to sit down, on my nice comfortable couch, put my feet up, enjoy a cool beverage, and a great film.

I somehow missed the beginning of the movie. I don’t know how, maybe it was another one of those grand “boop ups” in TiVo land but, somehow, I missed the first part. Ok, no biggie, I can catch up. So, I start watching (from the middle) this rather strange movie set in a proper British manor home. I notice it has a lot of stars in it too, like Christopher Reeve, when he could walk, and Hugh Grant, when he was younger and wore his hair slicked back. It was about these servants in this manor home and I swear the butler guy was somebody famous too. One of my friends, who stopped over to watch part of the movie, told me his name but I forgot.

It was some strange movie set in an English manor, at the turn of the war, starring Hugh Grant, when he was younger and slicked back his hair, Christopher Reeve, when he could walk, and some famous dude who was a butler (in the movie, not in real life. I don’t know any famous butlers in real life) and there I was, sitting, on my comfortable couch, with my feet up, icy cold beverage in hand, trying to watch it.

There was a lady at one point in the movie. She kept talking about how they had this Chinaman but it was the wrong color. It was supposed to be green but it was red instead (or something like that.) I was interrupted so many times watching this movie, and I didn’t really see it from the beginning, but I’m smart enough to know that she probably wasn’t really talking about the Chinaman but I couldn’t really follow what she was talking about (I couldn’t quite figure it out.) They did have some red and green Chinoiserie statues in this proper British manor home so, maybe, just maybe, she really was talking about the Chinaman. (Who knows?)

The butler dude had a father who died in the movie and everybody kept walking through “secret” doors in this manor home (you have to wonder, really, can they still be called “secret” if everybody and their brother keeps walking through them. And I do mean everybody. Like, that famous butler dude who had a father who died, Christopher Reeve, Hugh Grant, and the lady who kept bitching about the wrongly colored Chinamen.)

In the movie, they had some big statesman’s dinner, where they invited dignitaries from around the world to this manor home. So, as the movie progressed, all these people started showing up at the manor home. Christopher Reeve was an angry American who showed up a day early, and there was some French dude who had aching feet from wearing his shoes too tight (and spending too much time walking around the Tower of London, which, I know firsthand, can really hurt one’s feet.) They kept dipping his feet in buckets of warm water and Epsom salts and I was interrupted so many times I never could tell where they got all these buckets of water from, let alone the Epsom salts. (I thought those old British manor homes were so old they seldom had running water, let alone wild free roaming basins of warm water and Epsom salts, but I could be wrong.)

Since this movie came from my TiVo and didn’t appear to have a murder in it (well, except for some references to the war) I assumed it had Nicolas Cage in it but I could be wrong about that too. Then again, maybe he was the guy handing out all the Epsom salts (Damn, I wish somebody at my house could hand out basins of warm water and Epsom salts when my feet hurt.)

So, the phone rang, the dog had to go out, the dog had to come in again, the neighbor’s dog barked, the neighbor stopped by, the neighbor left again, famous butlers I didn’t recognize kept walking past wrongly colored Chinaman while Christopher Reeve not only walked but gave all these little mini speeches about Americans and Germans, the war, the British, and Frenchman, who seemed to have a neverending supply of Epsom salts and basins of warm water, yet still suffered from endlessly aching feet. I never did actually see Nicolas Cage, the beginning, or the end of the movie for that matter.

So, like now what’s a girl supposed to do?

It’s not like I can walk into Blockbuster and say,

“Excuse me. I’m looking to rent a movie. A movie starring Hugh Grant, when he was young, and slicked his hair back, and Christopher Reeve, when he could walk, and some famous butler dude who’s name escapes me, and maybe like Nicolas Cage but only if he secretly hands out free roaming basins of warm water and Epsom salts while walking past some lady bitching about wrongly colored Chinamen, all the while everybody’s traipsing through secret passageways that, well, aren’t so secret.

You have that one, right? Have you got that one? I really want to rent *that* one.”

Now you know why I *hate* movies and where, just where, oh where, would my sorry ass be without IMDB?