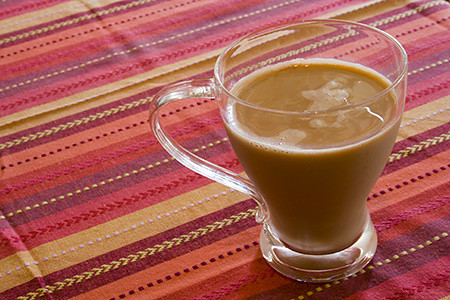 In case you didn’t know, the world cup is happening now. As you could probably guess, I’m not a huge sports fan but, this year anyway, I’m about as in to the world cup as I could be in to any sport at all. It’s crazy. Everybody’s watching it.

Flickr has turned into World Cup Photo Alley, with new World Cup groups sprouting up all over the place. It’s all over ESPN. Everybody’s watching it at work. We’re addicts. It’s like a soccer-ly crack pipe that the entire universe is smoking.

Now, I know that most folks in the US don’t follow soccer but, this year anyway, there’s something about the cup. Something about us making it to the cup, and something about the cup games themselves that’s got everybody, and I mean, even the US non-soccer watchers here, hooked. It’s riveting. Maybe it hit us at just the right time. There’s no big, hot news stories going on and it seems like it’s just a summertime lull-that brief heat infested gap between the American Idol finale and the time we start thinking about the new fall TV season but, somehow, we’re hooked.

Somebody at work was saying that an entire village in Brazil has taken to church to pray for their team (It goes without saying really, but, I hope they lookout for the Trail of the Dead, while they are in there and all.) Like God has nothing better to do with His time then make sure a certain team wins the world cup.

But, what if, maybe, just maybe, the cup is some kind of global “vacation?” Maybe it’s that point in the space time continuum where we all take a collective breather? Maybe God wants us to kick back, relax, pop the top off a cold one and watch some kickin’ soccer. It beats the heck out of economic summits, WTO meetings, the war in Iraq, the volcano in the Pacific and such. (All that can happen *next* Thursday. Really. It has my permission.) For now, well, we’ve collectively got a soccer cup to watch.

And, I can’t help but wonder…maybe there is something to that church thing. I mean, we all know Brazil is going to take it anyway, right? How do we know it’s not on account of some little village, hold up in their church? Who are we to judge? Isn’t that left to the men in the *yellow* shirts?

Until next little checkered ball flying about…