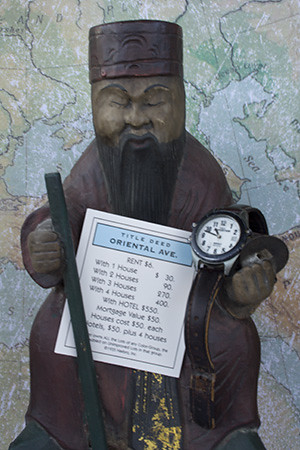 If you read this website regularly, you probably know that I often (well, ok, sometimes. Well, ok, as often as I can) eat at Kim Phung’s. Kim Phung is on the way home for me, just past Lakeline Mall. Kim Phung has spicy black bean tofu that cures my allergies. I love Kim Phung really, I do. I could marry Kim Phung except that I don’t really think he’s an actual person (He’s just a restaurant probably, right? And, well, some kickass spicy black bean tofu. You do remember tofu, right? Fresh tofu? Just like Mom used to make?)

But then, the other day, I had to go to the same shopping center for something late at night. I forgot what it was really but I had to get it, so I stopped off by Target, right near this new Asian turf war. That’s when I noticed it. Mama Fu’s was packed. It wasn’t just packed, it was overflowing with cars and people and hordes of those little take out boxes (you know the ones-the ones with little metal handles on them and the tops that pop open four ways.) And it was like 11 o’clock at night. What were all these people doing getting sesame chicken at midnight? Were they all taking orders from General Tsao or something?

Foot soldiers in General Tsao’s army be damned, I was determined to get to the bottom of this. So, I drove around and noticed an ice cream parlor in the same shopping center. Ah Ha! I thought. That’s it. They’re all getting ice cream sundays to wash down their Kim Phung’s. But, upon closer inspection, I found that they weren’t. The ice cream parlor next door to Mama Fu’s was empty. It was Mama Fu’s that was packed.

An empty ice cream parlor? What the heck is going on here? Could Chinese food be so attractive as to make you forgo ice cream? Is MSG really that addictive? Were they putting some kind of opium in the beef and broccoli? What’s going on here? Now I’m really determined-I must get to the bottom of this mystery. I may just have to break down and go eat at this Mama Fu’s, just to see what all the fuss is about.

So, now I really want to go try the Fu, but I’m still addicted to the Phung. I feel sort of guilty not eating at the Phung but I so want to, at least, try the Fu. I mean, a million ice cream sunday giver-uppers at midnight can’t be all that wrong, right?

Fu. Phung. Phung. Fu. I feel like I’m trapped in a bad David Letterman joke (Oprah…Uma) or something.

It’s like murder on the taste bud express around here. And, now I’m just so afraid to even like ask for one of those little cups of tea or something.