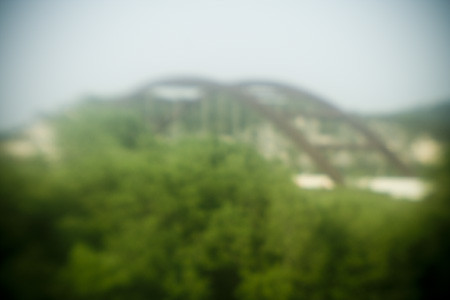 Ok, so I’m guessing that, even with the mindless propagation of blogs out in the grand “blog-o-sphere” and all, few if any weblog entries start out with the words, “I was out walking today when I was almost hit by a helicopter.”

Believe it or not (you should believe it because, like, by now you know me, and you know that I can’t make up stuff this good) my little snowflakes, “queen flake” herself was out walking in the woods, (Yes! I walk too!) when I happened upon a clearing (Oh, now there’s trouble. If you ever “happen upon a clearing,” run. Run like Hell. Run like Hell and don’t look back. Nothing good ever came out of a clearing. Trust me, I know.) I veered towards the boat docks (because, well, that’s what I do. Does it really surprise you that I’m “veer-ent?”) when I heard the strange churning of the propellers and saw it land, about 100 feet or so away from me.

It was one of those little ones too. It had two men in it-two heavyset men. And, no doors. Man, I really *hate* helicopters without doors. That’s just *wrong* and it scares me on so many levels. I was shaking in my boots, just looking at these two fat men trying to fly a really small helicopter without any doors that had just almost crash landed on my head.

We stayed long enough to see it take off again and fly to the Heavens (Up! Up, up, and Away! Up, up, and away in a Honda with wings!) It really was smaller than my hatchback (at least the little cabin where they sit was.) Honest. Did you know Honda makes lawnmowers? I did (HA!)

Jokes on us-those Honda lawnmowers probably have more horsepower than my car. And the helicopter I saw today. Combined. It takes a lot of horsepower to cut grass and drag around that big bag with clippings and all. Really, it does. This would explain why we don’t have too many “clearings” now, wouldn’t it? (Well, that combined with the fact that they’re virtual portals into Hell.)

I’m still here, the helicopter’s presumably flying about and, yes, I’m still afraid of the clearing so, overall, not too much has changed. Although, now maybe somebody can get a laugh out of a great Sikorsky flying machine (well, somebody besides Sikorsky, that is.)

And, while I’m on the subject of the clearing, the bridge, the gap, greatness, and all, this is a great time to tell you an interesting thing about the place where I work. It’s situated in the heart of Austin, right at the foot of the famous 360 bridge. Right near the boat dock, and the “clearing,” which is where I go out walking on most days, after lunch.

I have to keep telling people that, “I’m at the bridge,” and they keep asking, “you mean, over by…” while naming random, odd locations. I keep having to say, “No, really, right *at* the bridge. Like I can see it from my window.” They don’t get it.

So, in an attempt at clearing up the confusion, this is the view from our office window (provided no low flying helicopters block it.)