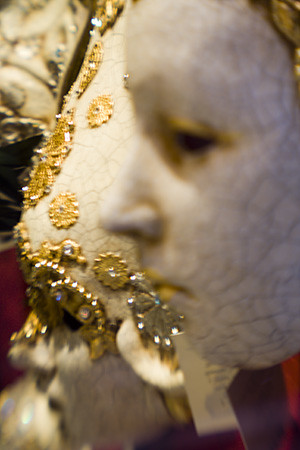 Clifford Antone, owner and proprietor of the famous blues club Antone’s died yesterday. He was 56.

For starters, he paid musicians. I know that doesn’t really make a lot of sense, and it doesn’t seem like something you would remember somebody by, but it’s true. He paid the music makers in this town what he thought they were worth. Not what he wanted to pay them, not nothing, not whatever the “going rate” or “union scale” was at the time (he could have done any of these, trust me) but what he thought they were worth. Even if the bar tab was “off,” even if the club had an “bad” night, he paid the music makers first, and he paid them well.

Clifford was born on October 27th. I remember his birthday every year-it’s also mine. Duran Duran’s Simon Le Bon, Scott Weiland (from Stone Temple Pilots and later Velvet Revolver,) Clifford Antone, and I all share the same birthday.

What else do we have in common? We all love music, all have played the guitar for money, and are all left-handed. Really. The lot of us.

I know it’s silly to remember something like this about somebody who recently died but, when I hear the obituaries from all the famous folks, and I see the surviving blues luminaries inevitably line up to pay tribute to a great man gone too soon, I’ll think of these little things. I’ll think about the first time I went to Antone’s, the music, the feeling in that club, the guitars, the blues, and the heavyset little left-handed man, born on the 27th of October (just like me!) who sat in the corner and enjoyed it all. (You can say many things about Clifford Antone but, let it not be said that he wasn’t passionate about blues music. )

I once tried to write a blues song (it’s true.) I came out with something that sounded, well, sort of “blues-y” (to my ears anyway.) I played it one time for a legitimate blues musician and he said to me, “this song has too many words in it. You went to college. Go play yourself some jazz music.” Clifford Antone recently started teaching blues music-in college. He had such a passion for the blues, he felt the need to spread it to young music makers as best he could. And he had a deep routed understanding of what made blues music special-the passion, the emotion, the struggle behind it all. Sadly, blues music is being relegated to college campuses and stashed in the back of the record shops, along with the other “golden oldies.” Clifford did more than his part to make sure it didn’t die off completely.

Clifford, you will be missed.

Until next blue note…