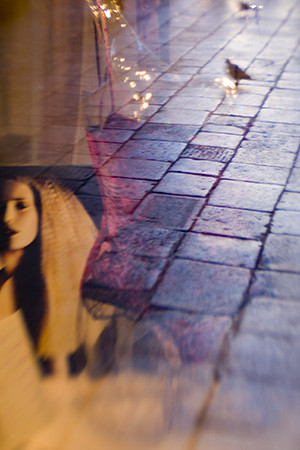 The other day, I was talking to somebody and I said, “that’s just nuts.” This got me to thinking. How did the crazy euphemism fall to the “nuts” of the world? Where did we get the substitute “nuts” for crazy anyway? I mean, who dictates that insanity tastes like almonds? It wasn’t me, that’s for sure.

Other foods seem much more appropriately crazy, don’t you think? Black eyed peas look more deviant, avocados, well, you must admit, they are a bit “off” looking. And we all know the first person to drink cows milk was just slightly to the left of “Michael Jackson” on the whack-o-meter, right? (I mean, we’re talking just a few llamas and a Ferris wheel shy of “Neverland” here.)

In Texas, we have some crazy food. There’s “chicken fried steak” which is, technically, steak dipped in batter normally reserved for fried chicken, not to be confused with “chicken fried chicken” which, as far as I can tell, is really just fried chicken with an extra “chicken” stuck on the front of it for good measure-so as not to confuse the good folks from Oklahoma.

Pomegranates have more seeds than a reasonably sane fruit should have. And, then there’s lobster. Frankly, I think lobster is the king of the crazies, rising up from the depths of the sea. I mean, come on, any animal that you have to “freshly kill” by bludgeoning while wearing a bib-well, that entire experience sounds downright whacko to me (somehow, I bet Michael Jackson loves lobster.)

But, no, we reserve the “crazies” for “nuts.” It doesn’t make any sense to me, really. I mean, what else goes with beer, comes in it’s own special shell, can substitute for a meat but also be a garnish?