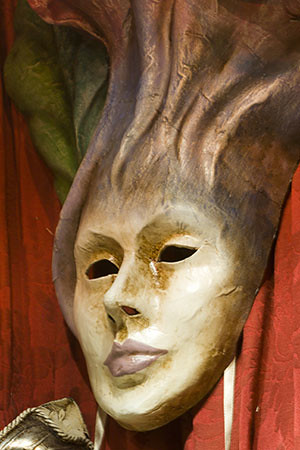 Ok, I admit it. Despite the fact that I know I really shouldn’t do it, despite the fact that it probably ranks me right up there alongside the likes of Maximus the Mad, The Walking Dude, and probably Satan himself (only I, perhaps, lack the pitchfork and tail) I sometimes shop at the resident evil locale, that bastion of “big box” bad taste, that uber-evil, mega-sized corporation looming over our collective nightmarish horizons, that chain store we all love to hate…Yes, my little snowflakes, I sometimes shop at Wal-Mart. (Hey, it really is the closest grocery store to my house and their prices are cheap.)

To make matters worse (or perhaps, better?) my local uber-evil mega-, super-sized Wal-Mart Super Center is, in fact, open all day every day. Yes, it’s true, I live right near a 24×7 Wal-Mart Super Center and I occasionally frequent the joint. I not only go there but, horror of horrors, I sometimes shop there on Sunday, especially Sunday mornings. (Stand back! I’m armed with coupons and not afraid to use them.)

You see, a long time ago, just after they opened said “house of horror” I noticed that my local Wal-Mart is, in fact, totally empty on Sunday mornings. (You do remember Sunday mornings, don’t you? That’s the time you’re supposed to go to church. That’s the time you’re supposed to be in bed, sleeping off Saturday night. That’s the time, well, frankly, you might find yourself doing one of a host of things, none of which is probably “shop at Wal-Mart.” And that would be the time that I, the enterprising snowball that I am, finds herself shopping in her local “evil emporium” to avoid the lines.)

I go there sometimes early Sunday mornings because, well, I need groceries and, as much as I hate to admit it, it’s empty and I’m cheap.

Now, several of my friends, who needle me about shopping at such, ahem, “fine establishments” will be quick to point out that I have poor taste in grocery stores. So be it. I sometimes need milk, gardening supplies, hardware items, and the like. I refer to it as my “worshipping at the church of cheap” since I usually find myself only able to stomach it on Sunday mornings, when the rest of the civilized world (well, ok, maybe just the rest of Cedar Park) are either off in dreamland or stuffed into a pew down the street.

Recently, I found myself in the local evil emporium searching for, who would have guessed it, but lightbulbs. Yes, I needed light bulbs, yes, I was there Sunday morning, and yes, I just naturally assumed that they would sell them, so I tucked my tail into my jeans, packed my pitchfork into my hatchback, and rolled my shopping cart into my local “big-box-a-teria” in search of some illumination.

Now, call my crazy but, somehow, light bulbs seem like just the type of item you would imagine Wal-Mart selling, right? I mean, when you think of Wal-Mart (putting aside the pitchforks and all for a second) don’t you just think of aisles upon aisles of groceries, cheap clothing, hardware, beauty supplies, bicycles for kids, cheap electronics, and probably somewhere right in the middle, light bulbs? Crap, I know I do. Somehow, I had this mental image of light bulbs sitting right there, right in the middle of the “evil emporium” sandwiched somewhere between the cases of frozen foods, the painting supplies, the hardware, and the towers of Rubbermaid plastic storage containers.

Trouble is, I hadn’t a clue as to where they might have hidden them. (Actually, if I had a clue, I would have taken the light bulb down from atop my messy head and plugged that into the lamp.)

So, there I am, wandering around Wal-Mart, AKA, “the church of cheap” on Sunday morning, looking bleary eyed and bushed, wondering, where in the Hell (complete with pitchforks and tails!) the, ahem, “good” folks at Wal-Mart might have hidden the damned light bulbs. I looked high, I looked low, I searched through cheesy looking curtains, avoided children’s toys, waded through cheap electronics, to no avail. There was not a light bulb in sight.

So, my friends, tonight I may be forced to watch the stupid bowl in the dark but, damn, at least I’ll have a pitchfork and a ruby red grapefruit by my side to enjoy it with me.

Until next big box…

PS If you happen to know where they hide the damn light bulbs, please do let me know, preferably BEFORE next Sunday morning.