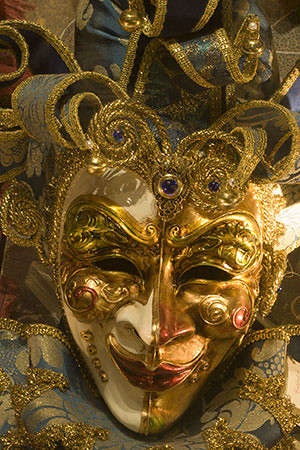 An electrical storm hit Austin the other day. It didn’t last for long but it appears to have taken out my cable box-you know, the cable box connected to my previously murderous (and now apparently Nicholas Cage obsessed) TiVo? Yeah, one and the same.

The experience has been kind of fun-there’s a bit of an upside to it-seeing as now TiVo can’t appear to record anything at all (not just Law and Order re-runs but everything, it would appear, has vaporized-been “unbooped” to that happy little TiVo place in the sky, stored forever alongside Jeffrey Dahmer biopics and Lassie re-runs.)

Hopefully, the crappy repair technicians at Time Warner, who just seem to wait 29 days to appear “between 8 am and midnight,” disconnect everything-even odd devices like my toaster-in an attempt at fixing the problem, and leave before answering important questions-questions like, “but that’s not even electrical. Why are you cutting a string away from a tin can in an attempt at fixing my TV?” will be able to fix the problem but, like, if past performance is any indication…(I don’t hold out much hope for them-they can’t even fix a toaster really. Despite their best attempts at unplugging it, it still burns bread on a fairly regular basis.)

So, in my futile attempt at “unbooping” some space on my TiVo, I thought it would be a good idea to watch one of the (about 700) Nicholas Cage movies that have piled up (because, well, I have to do something with them right? I mean, they can’t all match the drapes.)

Leaving Las Vegas is a story about a fellow who goes to Vegas (ah, yes, Las Vegas, my favorite city. A city rivaling Potsdam for the motto, “Hell on Earth” really, except that Potsdam once rose up and froze over. Las Vegas remains, however, a sweat bucket of bad taste, a bastion of over-boozed businessman, and the hooker capital of the world) to drink himself to death but runs into (literally, with his car) a prostitute he subsequently falls in love with.

It seemed like a good enough movie until “the scene.”

Something you probably don’t know about me-one of my “hang ups” if you will is that, apart from the EXIF dilemma (it would appear that this is, in fact, “hang up” week at blogger,) I absolutely must wash my hands (with soap AND water) after I use the bathroom. As a child, I used to have these strange dreams involving flushing myself down the john (nightmares, really) and, much like Martha Stewart, really don’t like it when people watch. Call it a “hang up,” call it a quirk, call it what you will but I always close the door and I always wash up afterwards. (Sorry, you can’t peek and like, please pass the soap ok?)

Fast forward to my Nicolas Cage “boopfest.” I’m watching merrily along when suddenly, and I do mean suddenly, there’s a scene where the hooker chick uses the john, leaves the door open, and doesn’t wash.

EEEEW. Ick. Oh the horror of it. I’m so disgusted. I can’t even think about it. I’ve washed my hands no less than six times since dropping the TiVo remote into that crevice in my couch. I’m like so totally grossed out you wouldn’t believe it. It’s disgusting. It’s yuck-a-roo. I’m grossed. I’m slimed. It’s grosser than Vegas itself and that’s pretty wretched.

One minute, I was happily sitting there with a half-“booped” movie, a glass of milk, and some Oreo cookies that were totally “dunk-a-licious.” The next? I’m running around the house screaming at Charlie, “EEEEW. She didn’t wash,” I’m soaping my hands six times, and I can’t really handle any more finger food.

And now, it goes without saying really, I’ve no idea how the movie ends or when, for that matter, my cable will come back.

(Best guess? They both die and rot in Hell and, um, “mid June” perhaps.)

Damn. IMDB shoulda warned me it was a horror flick. (Now I’ll never be able to enjoy Oreos again.)