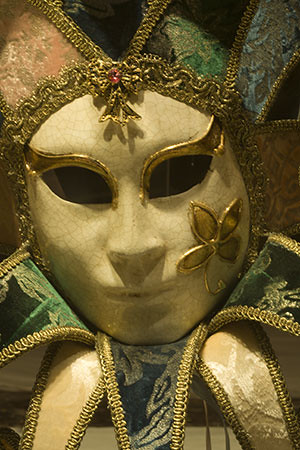 Finger food be damned, yesterday I caught myself eating some of those chocolate filled Elf shaped cookies (I’m sure you know by now that those magical “dude-itos” over at Keebler satisfy my quest for sugary, saturated fat laden, cocoa by-product. Well, that and those cookies are just kinda cute, and they were on sale this week so, what’s a girl to do?)

I stopped dunking one of the Elfen kind long enough to notice that, in fact, there were four sides to each Elf-four possible ways you could dunk said Elfie into your milk:

This got me to thinking (since I can no longer enjoy Oreos, it’s the next best thing, really.) Throughout history, over the course of time, through the time space continuum, how would historical figures and famous people dunk their Elves? (Yeah, yeah, I know, I have too much time on my hands.)

George Washington strikes me as a head first kind of guy. Ben Franklin? Probably head first too, although I’m envisioning him inventing some sort of industrial strength slide-one that would dunk the cookies head first, leaving them in the milk the precise amount of time required to avoid sogginess, and then pop the cookie somehow into your mouth for you, all the time not knocking the bifocals (which he invented too!) off your nose.

Abe Lincoln? Why, of course, he’d split the cookie in half and lick out the cream filing first, thereby “emancipating” the chocolate, freeing it so it could run off to the north and own cocoa plantations all it’s own.

Rembrandt would create elaborate Elfen still life paintings while Andy Warhol would make posterized Elves, hang them on the wall in multiples of four, crush all the cookies and use the crumbs to garnish his soup (He’d need the empty cans for his next arts and craft project, right?)

Iggy Pop, instead of eating “Swiss cheese” would punch holes into his cookies (mad melon baller, anyone?) and end up eating some kind of demented “Swiss Elves” which would leave behind lots of crumbs but look totally wild with the holes and all.

Then there’s people I know. I see Steve taking the engineering route, a la Ben Franklin, while I definitely have some friends I could see being “closeted crotch biters,” you know, they would fake a head munch and then, at the last minute, in an attempt at fooling us all, would turn the Elves around, and go in feet first.

I see people like Cher being not so “closeted” crotch biters while her co-star Mr. Ubiquitous (AKA Nicolas Cage, here’s your lame 14 year old imdb photo) I see as being more of a head biter. (Although, after being “bitch slapped” by Cher and chasing hookers in Las Vegas for so long, he just might be a “crotch biter” but only if he could first master a way to win a small gold Elfen-shaped statuette and thank “…the Academy and all the little people…in trees everywhere…that make cookies possible.”)

Paula Abdul would demand Elves sing on key and avoid cookies unless they do, while Simon Cowell could definitely bite some serious crotch, but only after making fun of Elf outfits and pissing off Elves in far away trees the world over.

Mariah Carey would demand “caviar not cookies” but nearly drown the Elves when she insisted they be suspended just underwater and used to prop up her half-naked body in her next video, all the time she sings about “Loving Short Men.”

Kiefer Sutherland would save the Elf tree in 24 hours all the while his TV viewing audience were secretly wishing he could morph into some kind of Elfen vampire.

Summer time would bring lots of fun with the little ones. Rocker Dave Navarro would stage the summer’s biggest rock festival, “Elf-A-Palooza,” while Pam Anderson would appear in the July issue of Playboy sporting double “D” Elf-shaped implants but would swear off eating cookies because she was “vegetarian not cannibal.”

Now, if you’ll excuse me, I have to go bite the head off some fresh riboflavin. (Dunk THAT head first.)