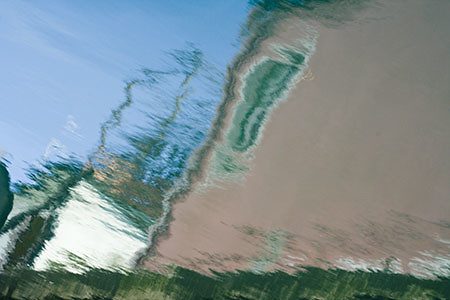 Ok, so I’m going to try to hurry it along and get to the huge, infinite list (about 12) of movies that I have actually seen in my lifetime.

Note that, I denote “seen” here in the true sense of the word. Just as I don’t count “having visited” a city as going merely to the airport, train station, or bus stop, I don’t count “seeing a movie” as one that I watch 15 minutes of before I fell asleep (my TV does, in fact, have a sleep timer, and I find Hollywood so frighteningly boring, but I’m eternally grateful, since I’m also a chronic insomniac. Lunesta deprived chronic insomniacs the world over be damned, I’m thankful that I’ve got Hollywood fodder to lull me into dreamland-it sometimes actually works when warm milk and soft music fail me.)

Seeing a movie to me is akin to visiting a place where you actually get off the bus, out of the airport, leave the corporate meetings behind, and go take in the sights.

To give you a concrete example, I once saw The X Files movie, but I didn’t include it on my list, because, well, I was 30,000 feet up in the air, watching it on one of those little airplane TV’s (in the seat in front of me) the whole time flying through a most turbulent patch of atmosphere. When the plane jumped, I never knew if the mother ship was really landing or which form of flying transport just went from merrily hurling through the space-time continuum to crashing out of control in ten seconds or less. (My plane landed safely although I still don’t really know what happened to Mulder’s sister, so I guess there’s your answer to that one.) I don’t count this 3 inch “bumpy” LCD viewpoint as “seeing” the X Files anymore than I count my 900 visits to O’Hare as really “visiting Chicago.”

(I also once “saw” White Men Can’t Jump on a bus near Mexico City in black and white with Spanish subtitles. And this, alas, did not make the list either although, as you might guess, it will probably make for a most excellent “blogger fodder” at some point in the future.)

So, without further ado, here are some more entries for the list:

10. Attack of the Killer Tomatoes-some say this is the worst movie ever made. I’d hardly know, since I’ve yet to see them all. Still, I’ve actually seen this B Movie Feast of Badness more than once. I can recall watching it on cable at 3 am (“And now, back to ‘Attack of the Killer Tomatoes’ starring a bunch of people who never heard of you either…”) Long live bad B movies (well, long enough for me to get a legitimate prescription for Lunesta, that is.)

9. American History X-remember what I was saying about “visual poetry?” I could not believe the visuals in this movie. I’m not a big fan of the entire “neo Natzi” storyline but, damn, the gunshot scene at the end left me staring at my hands wondering how somebody could do that with film (well, not to mention, the gun.) Excellent framing and visual composition-so good it had me riveted (and, believe me, after being a photographer and seeing what people can do with film over and over again, that’s not exactly easy anymore.)

So, there’s two more you can write home about, or add to your Netflix list of malcontents, misfits, and odd buckets of cruft otherwise left out in the cold.

Hey, they just might show up in the mail someday, right?