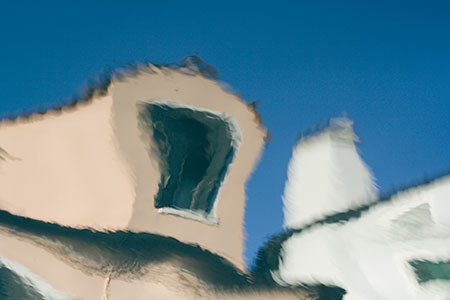 Here’s my latest screenplay. I hope that you like it.

Carol konks down on the couch, “Ok, I’m really tired so, like, maybe I’ll konk out on the couch and watch whatever murder TiVo has in store for me this week. What’s this? No Jeffrey Dahmer. Well, we’re off to a promising start. Ok, this calls for a celebration. Maybe I’ll get a beer. HORRAY BEER” (Carol rifles through ‘fridge and pulls out a cold beer, pops the top, and konks back down on the couch. Faint TiVo “boop”-ing noise is heard over cold beer swilling.)

“Hmmm. Moonstruck.” (Carol pauses TiVo. Another faint TiVo “boop”-ing noise is heard.) “Wasn’t that with like Cher or something? Yeah, she was pretty good in that. Even though I’ve seen it before, I think I’ll watch it again. I mean, it’s this or more Charles Manson documentaries, right?” (TiVo “boop”-ing noise grows louder as movie music starts playing and credits roll.)

Yeah, now I know it’s not much of a story but, ahem, FOR THE LOVE OF GOD, MONEY, AND GREAT AMERICAN MUSCLE CARS PRODUCED BEFORE 1969, WHY DIDN’T ONE OF YOU PHUCKERS TELL ME THAT NICOLAS CAGE STARRED AS CHER’S LEFT HANDED BREAD BAKING BOYFRIEND IN MOONSTRUCK?!?!?!?!?

Damn you. I’ve actually SEEN Moonstruck. I saw it years ago, when it first came out. Damn you. I curse you all.

This whole entire time, I’ve been trying to “unboop” a Nicolas Cage movie, trying to save it from the clutches of my murderous TiVo, just so I could see one little scrap of a one-I was begging, pleading, and wrestling my damned TiVo to bits, trying to get it to throw me a bone, just one little movie, shit, even a trailer. I thumbed up, I thumbed down, I tried everything. Crap, I even read the TiVo manual from cover to cover. And nobody, not one of you bastards, bothered to tell me that he played with Cher in Moonstruck? Moon phucking struck, a movie that I saw years ago, when it first came out.

Damn you. I curse you all.

I hope you all get moonstruck. I hope you burn up in space. I hope you get smacked with a wooden left-handed (Ok, maybe he was right handed. I really don’t remember. I was too busy fuming) prosthetic bread baking hand in the face, all the time it’s flipping you the bird. I hope you die in a hotel fire. In fact, right now, I’m having little happy visions of you ALL trapped on the eighty second floor, gasping for air, as the credits roll and that annoying song comes on the hotel TV (“when the moon hits you eye like a big pizza pie, that’s amore….”)

Amore, my ass. Screw you all and may you all burn in Hell for all eternity. May the fleas of a thousand camels nest in your deodorant’s armpits. May you be forced to watch nothing but Pauly Shore movies and bad Guiding Light re-runs on your broken TiVo’s for the rest of your natural born lives. May all your ipods suddenly burst into choruses of “She’s having my baby,” “99 bottles of beer on the wall,” or bad ABBA remakes (complete with feigned Swedish accents) done by crappy Russian bands the world over (“Dankzing Qveen” anyone?) May you be dressed forever in clashing madras plaid, silly hats, wooly socks that itch, and boots that are too tight. May Netflicks screw up and send you only European encoded DVD’s in the mail (and may the all be movies you actually want to see.) I hope you like pizza with anchovies, sour banana peppers, and smelly goat cheese. May all your milk spoil before the expiration date. May you be forced to pay you local library over twenty seven fines, all for books you didn’t finish reading before the due date, and, beer money be damned, may you pull out nothing but old sticky pennies when you reach down into that crevice in your couch.

I CURSE YOU ALL.

“Oh didn’t you see like ‘Gone in 60 Seconds’ or ‘Con Air?’ What, do you like live under a rock? Of course you know who Nick Cage is? I mean, he’s played in yada, yada, yada” Didn’t mention MOONSTRUCK, did you? You people rattled off a whole FREAKING list of FREAKING movies he was FREAKING in but not one of you thought to mention FREAKING Moon FREAKING struck, did you?

I CURSE YOU ALL.

(Nick, if you’re reading this, I thought that you were really good in Moonstruck. I wish I could see more of your work, really I do but, right now anyway, I’ve got toads boiling in my cauldron and evil incantations I’ve just got to get to before the clock strikes twelve. If my cauldron doesn’t explode and I can duck out of here before the flying frogs whack me in the head, I might actually get to a movie theater to see one of your flicks on the big screen. That is, unless there’s another one out there that I’ve already seen but my cruel, cruel friends forgot to tell me about.)

Alright, I’ve seen a Nick Cage movie, now if only I could just SNAP OUT OF IT.