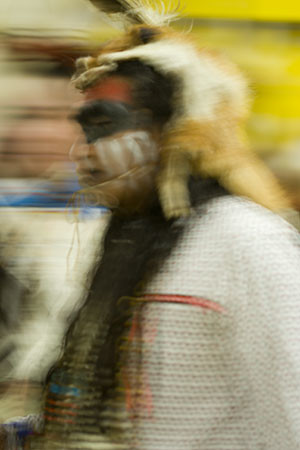 Ok, I admit it. If I had to choose a genre for the type of photography I do, I would have to go with “experimental.” I’m always doing Polaroids, cross processing, blurry stuff, that sort of thing and, I guess, I tend to approach photography as “an experimental” rather than “a traditional.”

But, in some small way, one small part of me has always had a foot on the banana peel of “the nocturnes.” I guess you could say that I’ve always been a sort of “closeted” nocturne. I don’t really want to come out all nocturne on you but, truth be told, I’m partially there and can’t really help myself. What can I say, I’m sort of a poster child for Lunesta.

It all started when I was younger. I’ve always been a bit of a night owl, having a hard time “doing mornings” without large dosages of caffeine and squinting eyelids half closed until noontime.

When I started taking pictures, and really took to photography, I was always enamored with the idea of shooting at night. I guess I just like the nighttime view and, since my work is a little “dark” to begin with, it just sort of fit and I never really questioned it.

When I worked at Tivoli, I used to go to work late in the morning. Really late in the morning, like almost noon. I’d work until midnight or two a.m. but I never got in early in the morning unless, of course, I had been there all night (being leftover from the previous night was never any fun, believe me. Things stop working around 6 am, just in time for the “day shift” to get in.)

Once, I griped about TV to some of my friends, saying, “there’s nothing on late at night. Try watching TV at like 3 am. There’s not even that stupid guy who tells you how to swindle the government out of money while dressed only in question marks.”

Nobody believed me. Years later, when one of my friends was laid off, she said to me, “you were so right about TV. It really sucks after 1 am.” So now you know. (BTW, if you too are a “closeted” nocturne, get yourself a TiVo but be careful with it. You know all about mine going berserk, “unbooping” random Nick Cage movies, and going off on a murderous rampage on me. Watch your back with that TiVo, man.)

What else do you miss by not being a nocturne? Well, let’s see. Water at night looks really creepy (not the bottled kind, think lakes, rivers, streams, here.) There’s never any traffic but you can’t get any decent meals. Supermarkets are tons of fun, if you find a 24 hour one, you can get all of your shopping for the week done in 10 minutes and do popper wheelies in the produce section without generating as much as a raised eyebrow from the butcher.

You can’t get your car fixed or go to the library, but you can return videos and get stamps at the Post Office from the vending machines. You can sometimes even shop although, not at any “normal” places. You’ll find yourself ending up at places frequented only by other “nocturnes” and odd lost souls who just lost track of the time.

The weather’s different at night too, it’s almost always chilly, so wear a jacket.

The pharmacy is always open so if your inclined to practice your “better living through chemistry” you can do that too. You probably already know about the bars closing ’round 2 am or so (they tend to do that.)

And, the best part of being a “nocturne?” You get to blog at all hours of the day and night.