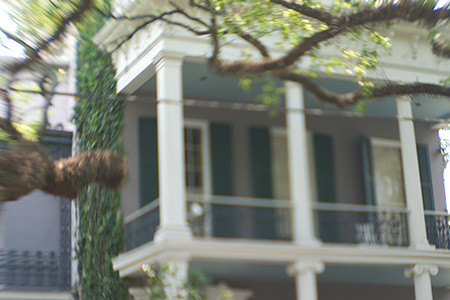 Today, I went off to Fry’s to meet with Brian and, well, what else but shop for more Compact Flash. (My Compact Flash eating camera, it seems, just cannot get enough.) While we were there, we happened upon an entire display of TiVo’s. Yes, it’s true, for a mere $349 plus activation fees, you can have your very own murderous TiVo (I’m going to go out on a limb here to say, “Nick Cage movie not included.”)

Speaking of the “unbooped” actor himself, I did also get dangerously close to the dreaded DVD aisles. I found out that, in fact, Fry’s now carries some slightly pornographic movies and an entire aisle of horror flicks. But, alas, our friend and foe to TiVo units everywhere, Nick himself, was nowhere to be found (yes, it’s true, I still have no earthly clue as to what he looks like so, maybe he really was there, hiding behind one of those slasher R+-rated flicks but, like, I wouldn’t know him if I sprained my ankle and he jumped out at me wearing a hockey mask and some really bad Lee press on nails a la Freddy Krueger. Sorry but, that’s just the way the TiVo unboops.)

Speaking of booping votes, in typical Chicago-style fashion (“vote early and vote often!”) you may (or may not) have noticed that there are now several new web tools along the right edge of my blogger site (no, other right, over there -> silly!)

Scroll down and you will see for yourself how to get the coolest in XML Atom feed readers (get Pluck Now!) as well as a few web tools that allow you to “vote for my site!” (I feel like oh so PEDRO on you today.) Blog Rankers, Blog Patrol, and Hot or Not are all there for your mouse-clicking pleasure (as opposed to the pleasure you just might find in aisle 15D at Fry’s, if you can watch out for the low flying X-rated Nick Cage Vampire movies and duck out before the TiVo display unboops your sorry ass.)

And, probably thanks in part to all the new uber-cool web tools, you may have also noticed that I’ve been getting a lot of freak-a-zoid, (it’s a new shape. Kind of like a rhombus only more squarish) weird, spam-o (mystery meat for a new generation!) comments being posted to my site. I plan on turning on the comment validation at some point but like, for now, it just feels good to be loved.

So long as you don’t do it with the help of any movies originating in aisle 15D of Fry’s, that is.