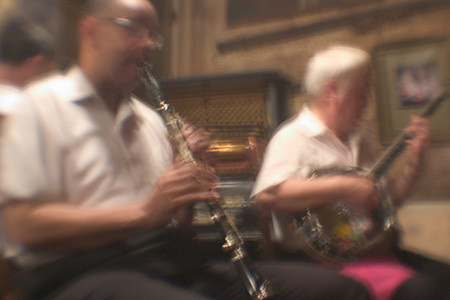 Would somebody please try to explain to me how, when I look at the calendar, it appears to be September yet, somehow, through the magic of snail mail, I have started receiving Christmas catalogs already? Who knew that September 11th was the start of the Christmas shopping season? Doesn’t anybody celebrate Halloween anymore? Have we just blown straight through Thanksgiving (that turkey you thought you ate was just a bad memory from last year) and into the Santa realm? Geesh. Somebody ought to tell the merchants to slow down, we can’t spend that fast (and we won’t.) Well, we can but, I guess, we shouldn’t. And now we have to put up with three entire months filled with, “Mommy, I want *this* for Christmas.”

So, in case you couldn’t figure it out from my ranting and raving, I got the LL Bean Christmas catalog yesterday in the mail. It has lots of pretty sweaters, snow boots, parkas, and all kinds of fun stuff for kids. It made me really mad. I mean, not just mad about how they started Christmas in July (well pratically) but mad about the kind of stuff kids get to play with these days.

When I was a kid, little tykes didn’t have MP3 players (they actually sell a parka with a pocket and a headphone loop for your MP3 player, I guess, so you can ski while listening to your iPod. It goes without saying, they didn’t make skis for little tykes when I was one either.) Rug rats didn’t get walkie-talkies (we had tin cans and a string though!) and the good folks at radio flyer made a wagon. Nothing fancy, just a wagon that you could pull, provided you were smart enough to avoid the crack and bumps in the sidewalk and not tip the damn thing over.

Now the little brats get this kind of a radio flyer.

Yes, it’s true, the Radio Flyer people now make a “Roadster” that features (I swear I’m not making this up) “cool retro styling.” How could an 4 year old think that retro is cool? Isn’t “retro” to an 4 year old things that he played with when he was 3 or maybe 3 and a half? Is the world really all that much of a better place thanks to the little mini-Miata? Geesh. What have we come to?