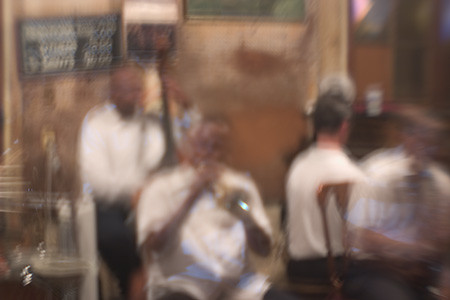 No, this isn’t the Oasis-clone British band, Blur, but they might as well call themselves that, right?

I used to hate taking live band shots, since it was always difficult to get good lighting. Now I love them, since it’s easier to get blurry stuff. Lately, it seems, I’m all about the blur.

I love blurry people, blurry flowers, blurry trains, blurry taxi cabs, dirty blurry swing sets that little kids put their feet all over, and anything else that doesn’t quite find itself standing still all that much. If it’s as stationary as a flag pole, I’m just not interested in it anymore but, if it’s blowing in the wind, I’m all over it.

Isn’t it funny how, now anyway, I’ve become so “converted” that I have even started looking at other blurry photographs. Like mine aren’t blurry enough. No, I want more. I want to barely be able to make out a nose, or a foot, or look at a squiggle made in the dark and wonder in amazement as to what could have left such a mark.

Yes, it’s true, I’m all about the blurry, abstract stuff now. If it’s crisp, clean, solid, f-16, there in your face, it’s probably pretty good…good for somebody else to look at, right?