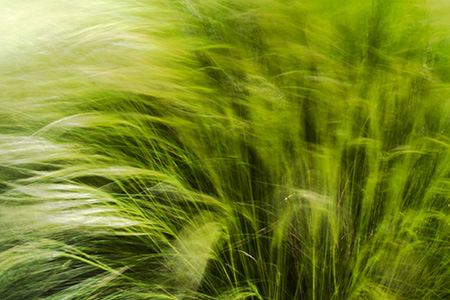 Today’s image: something green from the archives for St. Patrick’s Day. I hope you have a happy one, wherever you might roam.

One of my bucket list items is to have a pint in Dublin. I’ve actually come close a couple of times to knocking this off too-several plane transfers, layovers, and the like would have landed me, if nowhere else, in the airport long enough to score a pint. But, I don’t want to live that way, no, I don’t. No, I prefer to remember the ole Emerald Isle the way I first encountered it-from the window seat of an eastbound jumbo jet bound for London originating in New York.

Picture it. It’s my first trip to London, to the UK, heck I think it was even my first trip overseas. There I was, sitting in my window seat for hours on end, wondering what London had to offer. I was twenty-something and I was going to Europe. Go me! Back in those days, I never really had the travel bug, in fact, I’d have to say I maybe didn’t enjoy travel nearly as much as I do now. I was firmly in the “take it or leave it” camp-sometimes enjoying the experience but often celebrating the return back home more than the trip itself. Suffering from so many short hop type flights, you know the ones, flights that force you to spend two hours in misery and, just when you think you are almost about to get comfortable or, heaven forbid, nod off into dreamland, the pilot comes on announcing it’s time to put the old tray tables back up for you’re about to land. Yeah, I have always hated traveling via “short hop.” It’s almost like death by paperclip only not as messy, although there is more paperwork involved. Anyway, I had suffered through so many of those types of trips that I had forgotten how enjoyable a longer connectionless flight can be. So, there I was, sitting comfortably on a cross Atlantic flight, wondering what I was finally going to get to see in this big bad “Europe” everybody always talked about but I had never experienced.

The flight itself was listed as a “dinner” flight on my itinerary. I was old enough to know what that meant. Oh, gosh golly, it was “rubber chicken” for me. What I must have done in a past life to deserve this nonsense! What my itinerary didn’t tell me was that this particular flight also had breakfast.

It’s no secret that I love tea. Here I was going to England, the “land of tea and civilization” as I’ve grown to call it. And, let me be the first to tell you, it’s not always in that order. This flight was no different. You see, on this trans-Atlantic flight which now featured a “surprise” breakfast, I was offered Irish breakfast tea with clotted cream. Just when I had woken from half a sleep, the pilot came on to announce we were going to have breakfast. Just when the pilot came on announcing our breakfast, the flight attendant came around and offered me this nectar of the Gods at 35000 feet. Oh, it was to die for, that tea, really it was! I love breakfast tea with clotted cream (this can be an acquired task if you’ve not had it before but, despite the fact that I grew up in New York, “land of coffee and muggings,” I somehow acquired a task for a strong breakfast tea with clotted cream.)

Just as I was starting to enjoy my tea, I noticed on the little monitor (stuck in the seat in front of me) that we were flying over land. “We’re landing?” I asked the flight attendant, “I see we’re over some kind if land and it’s been nothing but blue down there for hours.”

“No,” she replied, “that’s Ireland. We’ll be landing in about an hour.”

Ireland? Ireland? Really, Yes, that Ireland. Since it had been hours since I had seen anything resembling land ho at all, I decided to take a peek out the window. And, that’s when I saw it.

Ireland really is an Emerald Isle. The only way I can describe it is it really was as green as they chalk it up to be. From the plane, I could see it. Green, grass covered, with patches of different shades of green, looking like big squares from a children’s coloring book-well, if the child in question were given only a green crayon. It was green and it was beautiful and it was the first sight I had of Europe and I knew right then and there that, one day, hopefully some day, I would go and visit this magical Ireland, this beautiful Emerald Island. I would have to see this up close and personal at some point in my lifetime. Words can’t really describe how I felt at that moment. Maybe because I was (literally) up in the clouds, I felt as if it were a spiritual moment.

So, yes, I would love to have a pint someday in Dublin. I’d love to pull myself up to a bar in some tiny little local pub and enjoy a taste of a fresh beer. I so want to do that someday, really I do. And, I wish you have the happiest of Saint Patrick’s Day, I honestly do. But, I so want to go and visit that thatched island of green, up close and personal, the way it was intended to be explored. Because in that moment, that tiny fraction of a second I was experiencing Ireland, with my window seat, my fancy breakfast tea and clotted cream, and my dreams of what could be.

Today, on this day, it’s said that we are all a bit Irish. That day, long ago, in my window seat, tea in hand, flying over Ireland, I know exactly what they mean. For one moment, one brief moment of my life, I was as Irish as the Emerald Isle and I’ll not forget that. The pint in Dublin would be nice but I really want to explore and do *that* again. Yes, the next time I fly over Dublin, I want to actually land and see the place close-up, for myself. Wouldn’t you love to see it someday too?