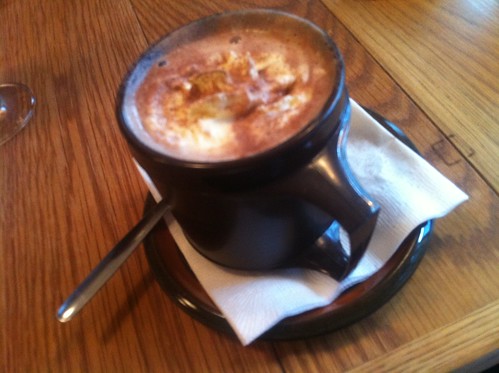 Not only is this like the worst winter in 400 years but now, it would appear, I have come down with the flu. Oh the humanity! I really need a cup of tea.

If all of this were not enough, Justin Bieber was arrested this morning. It’s just been that kind of a day, OK? Wow! What can I say? (Well, things could be worse, I mean, at least I am not Justin Bieber, right?)

They say he might get deported. And I’m on new medicine that’s supposed to un-stuff my nose (but isn’t.) I’ve got this fever that just won’t break and there’s nothing on TV and my back hurts from trying to sit up in bed long enough to do any work (I have my computer with me and am trying to do some work from home, rather than infect everybody I know.) It’s just horrible, quite the horrible day. Still, I know, it could be worse, I could be Justin Bieber. (And the police could have taken away my shiny new Ferrari. Oh the horror!)

As I load up the CNN.com page, I see two smiling young yellow-haired kids grinning back at me. One is a child who has been missing for a long time-the parents have almost given up hope. The other? Justin Bieber. Perhaps Justin should stop and reflect upon just how lucky he is, even in light of all that’s happened to him today.

For myself, well, I’m content sitting here with Chase, yearning for a hot cup of tea, typing in a parka (because I’ve got a fever that just won’t quit) wondering when in the heck old man winter is finally going to give up the ghost. Face it, old man, you’re doomed. I can see the first buds of spring fighting their way ’round the yard and, like all seasons gone before this too shall pass.

Do you think Justin Bieber likes tea? (Probably not, eh? I mean, I guess it would not go with all of the booze, pot, and Ferrari juice he’s been drinking as of late.) Still, you know, a flu-infected crazy lady typing in a parka can wonder, can’t she?