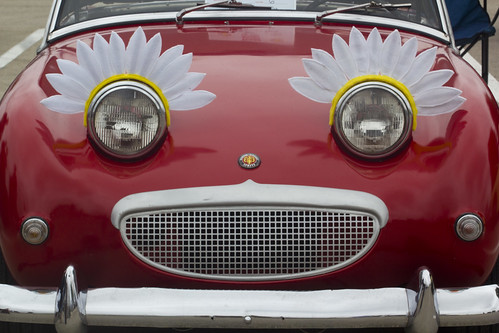 There’s an old saying, “When it rains, it pours!” And, I’d have to say, today it did just that. (Rain, I mean.) Today, I also had the opportunity to head up to the Texas All British Car Day (TABCD) 2013 for some photographic work.

This event is held every year (once a year) in Round Rock, Texas, at the Old Settler’s Park Pavilion (next to the Dell Diamond for those of you who know Round Rock.) It’s a celebration of all cars British, featuring car clubs coming together from around Texas to meet up at the park and show off the best of the British buggies. If it’s British, chances are, it’s there. Everything from the latest in luxury cars to old classics to, well, let’s just say some things that might even confuse the Stig himself. If it’s British, it’s bound to be there. (I think that’s there motto or something. Not really sure about that, but if it isn’t, heck, it should be.)

Now, I’ve attended this event before, in years past, in fact I think this is my fifth show if I had to guess. I’d have to say that, up until this year anyway, they’ve always had the best of weather. When I say “best” I really do mean best. It’s always (and I do mean *always*) about 85 degrees and sunny. So, this year, when the weather man said, “Slight chance of showers,” I thought to myself, “no way, man! Those British cars never get rained on. Ain’t gonna happen, dude!” (And, they don’t really. Usually. Well, at least not since most of them left Britain anyway.)

I should have listened to that stupid weather man. Oh, I should have listened. I never should have left my house without an umbrella or at least a plastic bag to cover my camera in case of rain. It rained on my British parade. Heck, it rained so hard, at one point I had to duck under somebody’s tent. There I was stuck, next to some MG’s, myself along with the rest of the “tent people” wondering when (if?) it was ever going to let up. Geesh! What a soaker, we had. (Damn weather man, when are they ever right like this?)

I did manage to drum up a couple of shots, here and there, featuring some of the British buggies. Posting them to Flickr now and will probably post some of them here for you to see at some point in the future too. Oh, and I’m sure I’ll do a Blurb book of all of this at some point, so look for that to come along as well. (I’ll send a link out once things are available.)

I have always loved the Austin-Healey Sprite cars (this is one of them) because they look like they are smiling. I love a happy car. I told the lady that owns this car that, heck, I’d love to have a car like this. Imagine having a bad day at work or something, only to come out to the parking lot to find *this.* Yeah, it would so cheer me up, that’s for sure. Plants a smile on my face just thinking about that, honestly, it does.

Now, I know somewhere, off in Great Britain land, Jeremy Clarkson, or somebody like him, is cringing. I’m sorry, Dear Jeremy, but this just brought a smile to my face. I know you probably *hate* the sprites, and I know you probably really, really, really hate the idea of putting flower do-dahs on the frog eyes frog eyes, but it made me smile, it made me laugh, and I just *had* to take a photo. (Please, just look away. It’s for your own safety, really. Look away….away….Look! Why there’s a cow! Or maybe it’s just a really slow moving Morris Marina for you to laugh at. Go on, you know you want to….off you go!) Jeremy Clarkson be damned, I just had to take this shot, you know I did.

Look for more cars from the TABCD 2013 car fest to come and, should Jeremy Clarkson (or any of his type) ever happen to stumble upon this I’d have to say I’m sorry man….so sorry…but I had to do it….I just *had* to do it. I can only hope you’ll understand. (Please forgive me!)