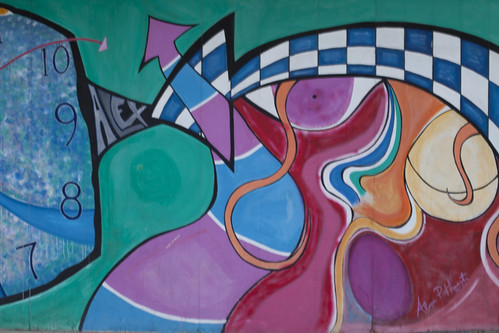 Now, I know that might sound strange but, you see, today British Airways announced they plan to introduce non-stop service from Austin to London, starting on a limited basis in March of 2014 and then, if all goes well, starting daily flights between Austin and London towards the end of 2014. The initial flights, I’m told, will number five per week, until they get the route down, and then it will be daily service.

You see, when I first moved to Austin, I knew that the airport here was, well, small. And I knew that the city was growing and that, should I happen to want to jaunt off to London or Paris or Brazil or, heck, even to the wilds of New Mexico, I would have to get some kind of connection, somewhere in someplace like, say, Dallas.

Now, I have nothing against Dallas, really I don’t. I like Dallas. Dallas is not a bad place. But, please, good people of Dallas, don’t be offended when I say this but, I’M SICK OF MOOCHING YOUR AIRPORT. I’m sick of it, OK? I’m just sick of every flight, every single flight I take to anywhere having to either go through Dallas or Houston or, even worse, some other God-forsaken place. UGH! Every time I pack my suitcase, it’s like here we go again. Welcome to DFW, no go the fudge home already! Ugh! (Did I mention I hate this? Yeah, I really do.) Not to mention we here in Austin get left out of all those super fabulous airline deals. You know the ones I’m talking about here. “For a limited time only! See Europe for $400! Yeah, let me be the first to burst your bubble (if you didn’t already know) but those super “specials,” well now, they don’t include connecting flights. (And what good is a flight from DFW to London for $400 really if the connecting flight from ATX to DFW is all of $250, not to mention the torture of having to get your luggage, multiple custom stops, and…UGH! Get the picture?)

One day, not so long ago, they announced they were going to upgrade the Austin Airport. Yay! An upgrade! Surely this would mean we would have nonstop service to…somewhere, right? Right? Hello? Anybody there? Bueller? Bueller?!?

Sure, they did wind up upgrading the airport. Now we have really great food. But, the runways? Not so hot. Still kind of small. Still too small to hold a 747 or anything bigger. As the great philosopher Charlie Brown once said, ahem, “RATS!” That’s the end of the story, right? No trans-Atlantic flights for me! No trans-anything for the likes of me. Heck, on most days, I count myself lucky if I can even make it up to Dallas and come out with a packet of peanuts.

But now today things have changed. Boeing has announced the newfangled Dreamliner. And, thanks to the newfangled Dreamliner, which can land on shorter runways, gets better gas mileage, has more leg and head room, and so on, today British Airways can announce non-stop service from London to Austin (and back! That’s the best part really…the back bit. I mean, it would kind of really suck if you could make it over there and then like got all stuck and all, wouldn’t it?)

And this, all of this, is why today I’m in a good mood. Non-stop service from Austin to London. London. LONDON! Hello $400 flights. Goodbye customs in DFW. I’m so over the moon (well, actually, technically speaking over the Atlantic would be more appropriate) I could dance.

London calling. It’s London calling. I’m so going to go to London once this starts up. I so want to go back to London. Heck, now I might even be able to make it to London for like a freaking LONG WEEKEND. London. Me. Non-stop service. Oh, I’m a happy camper, let me tell you right now.