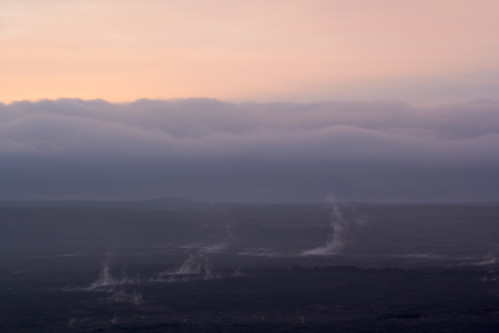 Picture this. I’m resting in bed, actually “resting” would not be a good word here, more like staring at the ceiling pretending to snooze, when I hear it. That old familiar buzz of a mosquito clamoring around my bedroom. It’s dark, I’m tired, yet can’t seem to fall asleep. I’ve sort of got one eye open. Chase is snoring all too loudly when the buzz kicks in and just won’t quit. Oh, such a damn *bug* in the true sense of the word. “Buzz, buzz, buzz,” there it is! That unmistakable noise of a mosquito buzzing around my resting quarters. Drats! Die you pest, die now!

Typically, I’m the “live and let live” type of person. I don’t mind anything coming around late at night, really I don’t. In fact, I’d go so far as to say the mating cats can have at it in the alleyway if they really do so desire. I’m not going to fight them for it, no, I’m not. I’m a heavy sleeper, nothing usually can wake me once I fall under the spell of dreamland. Have at it, mating cats, wrestle and wring yourselves into positions previously reserved for obscure now out-of-print copies of the Kama Sutra. I just so don’t care. Nope, not me, I really am a live and let live kind of girl in a live and let live kind of world. I’m too busy watching invisible paint dry on my TV screen to care about what happens outside. Hey, I’ve got couches to potato, I can’t possibly care what’s going on out there in the big, bad, “real” world now, can I?

But this mosquito? Oh man, is it killing me. It’s driving me nuts. I can’t sleep, it’s hot, I hear the air conditioner kicking in and hope it drowns out the sound of the annoying bug (I see now how they got their names, “bug,” as they really do live up to it, at least lately they do anyway.) “Buzz, buzz, buzz.” It’s all I can hear and I’m going crazy listening to it. Oh the humanity! Please Mr. Mosquito, can’t you just do a girl a favor and curl up and die already? A girl needs her beauty sleep!

Finally, after a long battle with the darkness, I nod away into dreamland. Yes! Victory is mine (or so it would appear.)

The next day, I wake up, go into the bathroom, start flossing the old chompers, and that’s when I hear it again. Oh, the damn mosquito! It’s back! It’s buzzing. I can’t kill it. It’s buzzing around and it won’t land. I so want to like kick it or something. Just kill the damn thing already. I’m now out for blood and I just can’t let it go. Dead mosquito, you will be mine! So I try to swat at it but wind up slipping a bit on the wet floor and almost fall down to break my neck. And that mosquito? Yeah, he’s still out there abuzzin’. “Buzz, buzz buzz.” Still buzzing after all these hours.

And so it goes. For what seems like an eternity but was actually a span of probably no more than three very long days and nights, the bug was, well, bugging me. Oh the horror! Now this entire incident makes me want to Google the lifespan of a mosquito. Is he dead yet? Surely, he must be dead by now. He can’t still be alive? It’s got to be dead. Maybe I should set out on a hunt for the carcass already? I mean, this thing can’t live for more than three or four days. Can it? Just when I thought it safe, the darned thing would chirp up again. “Buzz, buzz, buzz.” Argh!

I’m here to say now, it’s been about a week and I *think* the darned thing is finally gone. Phew! What a pest. I swear, it’s the little things like this that drive people crazy. I bet, if you were to go into the insane asylum and ask, why, you’d find more than a fair share of the people locked up in there went crazy, just sort of snapped, over something small, something quite like this. Stupid crazy little bug buzzing around their bedroom late at night. I mean, come on now. How would you explain this to a judge? “I’m sorry, Sir, I didn’t mean to stab him 42 times with a kitchen knife. Actually, you see, I was aiming for that fly in the corner over there…” Come to think of it, I probably missed a golden opportunity. I probably could have gotten away with murder, given the level of “pest” in this, well, pest. Nobody would believe me actually crazy and everybody, I mean probably damn near everybody, would have believed me when I said it was just *so* loud that one day, heck, I just sort of *snapped* (you would believe that, wouldn’t you? Come on now, tell the truth! I know you would. I mean, I know I’m half crazy to begin with but who would not believe that?)

I guess the happy ending to all of this is that, today, as I was packing my things to head outside, I smiled as I thought to myself, “well, there’s a lot of things wrong with the world today but, heck, at least that darned pesky mosquito has finally shut up.”

And, that’s when I heard it.

Yes, snowflakes. It would appear that I now have some kind of a cricket trapped somewhere in the garage. (Will it ever end?!?)