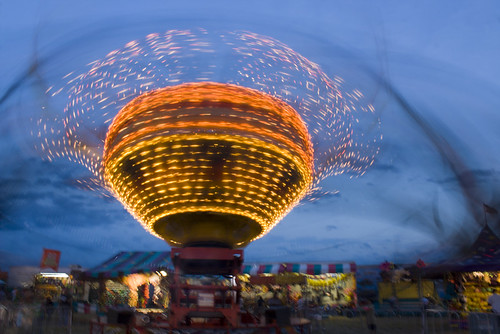 This weekend, I cleared off my kitchen table.

Now, for most of you, this probably doesn’t amount to a whole bunch of “Ooooh’s” and “Aaaaaah’s” but, since the flood in my house, I’ve been living without a ktichen table. Oh, I mean, like it’s been there, it’s just been more than slightly buried under a flood of crap I had to move suddenly in the high water.

So, for a long time, I’ve lived without a kitchen table. I’ve been eating in odd places, yes, it’s true. Not only that, but I’ve felt just an overall sort of “clutter” about myself. Like there was just no order around the joint. And now, I’m happy to say, I’ve regained a bit of sanity, as this weekend I saw fit to unearth the table.

After I finished moving everything off the table, I took a look at the tablecloth and thought, “Hmmm. I really should wash that. I mean, it’s getting more than a bit dingy.” And, it was. But then, I thought, “I really don’t have the energy right now. I mean, crap, I just exerted myself clearing off the table and all.” But then, I recoonsidered. I mean, how many times in the next year might I be able to see that tablecloth again? It’s anybody’s guess as to how long it will be until it’s covered again but, heck, I thought, since I can see it now, why not go all the way and clean it as well as clear it? I went though all of that trouble clearing it off, why not clean it too? (And so I did.)

It’s sort of like procrastination in reverse, only now I’m actually getting something done. Quick, don’t tell the lazy police, or they’ll be out to get me. I mean, I am a card-carrying member and all.

Speaking of lazy police, I do still have to post a top 10 from White Sands. I will do it too, I promise. But, not before I can see the table once again.