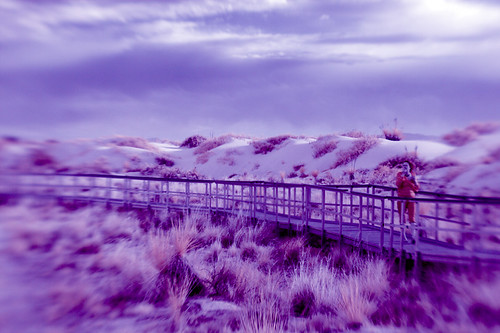 We interrupt the normal day to day musings of this blog with a special blogger fodder alert! It would appear that Carol, the former “world leader” who is now resident numero uno in her “own little world” will make a public appearance. No, she’s not winning any awards (no one would be that stupid) nor is she running for office (she’s a self-appointed world leader and, as such, is a bit of a dictator, though completely immune to public elections.)

No, my snowflakes, it would appear that Carol, queen flake, has succumed to none other than that great big ball of red tape colored bureaucracy known as “jury duty.” Yes, you read that right, Carol has received a juror summons and is, in fact, juror number 308 in the Petit Court of Round Rock, Texas (I don’t know why, she doesn’t live in Round Rock, Texas, but, hey, who am I to argue with bureaucracy? It moves at a lightning pace in completely the wrong direction when taking out innocent logical folks all the time. Quick, duck!)

Yes, you read it here first, Yesterday, I had to be impaneled (not impaled, as I initially read it, thank goodness!) and I received a juror summons in what looked like junk mail. I almost trashed it, and would have completely thrown it in the trash heap, it if weren’t for the tiny little “justice of the peace” stamp in the upper left-hand corner. My curiosity got the better of me though, as I thought to myself, “what did I get married and not know about it or something?” as I opened it and discovered, “oh phew! It’s just a jury duty notice.”

With the impending threat of a wedding aside, I googled and found out that the “Petit” Court in this case is both, well, petite and Petit. Round Rock, it would appear is a small offshoot of the Williamson County (where I actually do live) court system, and so I will be serving there, should my number happen to be up, as it were.

I was talking with some folks at work about all of this and it turns out that Austin has several things that make it unique with regards to jury duty. It’s a state capitol, it’s a town with a lot of college students, and a sort of “high turnover” rate-all factoids that, when combined, make this a sort of “jury duty capitol of the world” as it were. Everybody in Austin has either been called for jury duty, has already served, or is about to be called, as they appear to be particularly low on logical people who can read and write and have lived in the city, country, and area for more than 30 days (oh and, those who don’t have a felony conviction themselves.) Go figure. (It’s not too late, I could show up like the drunk man and down a six back before 8:30 am.)

As far as I can tell, it’s some case involving a traffic accident of some kind. It’s probably a civil case, based upon the questions they asked me. Somebody’s insurance company done them wrong and I can hardly wait to hand out a big fat check. Sign me up, sign me up! (Sorry, snowflakes, I have to write that, just in case, you know, somebody from the petite Petit Court should happen to read all of this someday.) I’m actually thinking about all of the T-shirts I could break out of my stash. “Walk the Plank” comes to mind, as does “Hang ‘Em High” and my old New Hampshire logo clothing, “Live Free or Die-” all apropos garments at this particular time.

Maybe I’ll get out of t, maybe I won’t. Maybe I’ll be sequestered with only bad cheap sandwiches and old magazines. Who knows? All I know now is that I’m juror number 308 awaiting further instructions.

Until next court date with destiny…