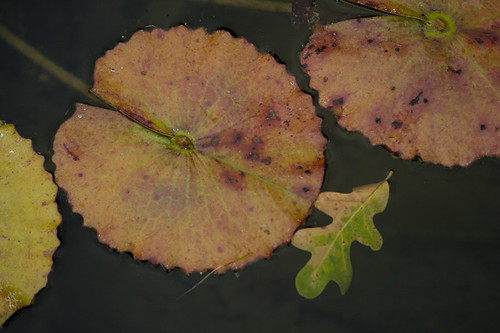 Ok, so I just had a nice four day break. A vacation. I’m supposed to be all happy, well-rested, well-fed, and blissful. I’m supposed to log on and tell you all about the great food I ate, the great progress I’ve made in cleaning up my house, all the sleep I’ve gotten. Maybe I could respond to the tagging post that’s going on and tell you “7 Interesting facts about Carol” because, you know, I just have so much ENERGY after all this restfullness. I’m just full and beaming with fresh blogger content-filled with “blogger fodder” up to my eyeballs-which, as you know, aren’t soggy or dark today, on account of the fact that I’m so well-rested. I’ve slept, I’ve eaten, I’m full, I’m not cold, I’ve taken tons of interesting pictures.

I couldn’t get to sleep last night. I’ve been having nightmares again and found myself awake at 3 am staring at the ceiling yet again. I ate some leftover frozen pizza-like sludge becuase it was too cold for me to go to the market. It was like 38 degrees all weekend and I don’t even have a winter coat yet. Damn it! (Where’s the tranquility in that? There’s no tranquility in freezing your ass off, let me tell you, snowflakes.) I’m hungry, I’m cold, I can’t sleep, I can’t take a damn picture to save my life, what the hell is going on? On top of all of that, I’ve got to “post once a day for a month” because there’s a charity depending on this.

HEEEllllpppp Meeeee. I’m so screwed and nobody’s left a twenty on my bedside table.

I was going to log on and tell you “7 things about me.” Then I was thinking about talking about this freaking hilarious show I saw on BBC America called “Top Gear” (really, really funny. This is a “must blog” if I ever saw one-think “we made a stretch limo out of a fiat” and, well, that’s where it starts.) I could yap on and on again about the damned cooking shows or talk about Charlie’s full-contact egg-making shenanigans. Crap, even Nicolas Cage has made another appearance (talk about low-hanging fruit!) It’s like the whole damned universe is just sitting there baiting me to blog and I still don’t have anything to say. I’d call it “wrtier’s block” except that, well, I don’t really write now, do I? And I’m too freaking tired to think of a new word that describes it better than that (“blogger’s block” maybe?)

Well, I will say this much (heh-don’t hold your breath.) A certain anonymous donor has agreed to make a LARGE charitable contribution to a certain women’s shelter that I support if I can make this damned NaBloPoMo contest and ride it out until the end of the month. If I can post just four freaking more times, a lot of women (and children actually) will get food, shelter, help, and support in ending the cycle of abuse.

If that’s not a good reason to post, despite the worst case of “blogger’s block” I’ve ever had, well, crap, I don’t know what is. Just be glad I don’t need to boil another freaking egg because, you know, cooking shows be damned, I could very well re-name this entire blog “raging kitchen fires and raw eggs” at this point in time.

If I had enough energy to name anything at all, that is.

Until next “oh crap, isn’t this thing over yet?”