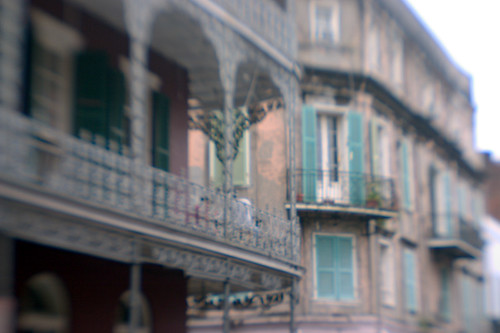 I found out this week that I’ve been Schmapped. Now, don’t worry, it’s not a bad thing (and it’s nothing you have to worry about catching, really.) I found out that one of my images from the Garden District in New Orleans is going to be included in the next on-line edition of Schmap. (For details on Schmap, visit, Schmap.com)

For those who don’t know (and don’t want to follow the link) Schmap is an on-line “build it yourself” kind of a travel guide. Sort of like a combination between Mapquest and Fodor’s. It falls under the category of “funny name, nice guide book.”

Oddly enough, I believe that the real estate in question belongs to a certain actor (who shall remain nameless-hey, I don’t even need to give you a link anymore. You know who he is. Oh the humanity! Pass the remote…) So, if my ranting and raving all over the internet isn’t enough to get me arrested in 42 different states, I’m probably about to be sued. Oh joy! (And, just for the record, I did not receive any compenstation for said image. Or, um, actually, the “Schmapping” of said image. Well, unless you count the hours of, ahem, “enjoyment” I’ve since spent “unbooping” oddball movies from my TiVo, but I don’t really consider that “compensation” now, do you?)

Maybe I should start selling T-shirts that read, “Nicolas Cage Schmapped my TiVo and all I got was this Lousy T-shirt”

In other NOLA-related news, the new show K-Ville is now part of the new fall line-up over at Fox. I was lucky enough to catch the first run and, I have to admit, I liked it. It’s a bit of a gritty street crime/police drama, set in NOLA. I recognized some old hang-outs in the French Quarter and miss that place already.

I’ve been so busy getting my house back together after the flood that travel (right now) is kind of out of the question. Even so, watching K-Ville, seeing them run around in the Quarter like that made me stop and think, “God, I wish I were there.”

I can almost smell the fresh beignets from here.