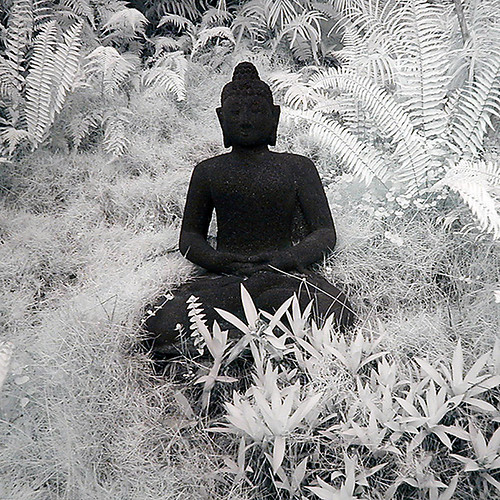 Did you get yours? And, hey, who’s that guy in the bushes all dressed up like a gorilla? What am I talking about?

Becoming “one” with an iPhone, of course!

In case you have been living under a rock (or, maybe sharing a cell with some chick claiming to be a hotel heiress) the iPhones are out! Did you get one? Well, did you? (Methinks “Queen Paris” was too busy eating her first meal and signing her first million dollar book deal to wait in line for one but, like, you never do know.)

And, in the “wacky but it came from the web so it must be true” department (people can’t make up stuff that’s this good. Trust me. Not even people dressed in lame gorilla suits) one enterprising young fellow (or maybe two?) is offering to scare people out of the iPhone line for you. Yes, it’s true, my snowflakes, according to the article, techniques he uses to scare people include, “a giant clown bicycle, a scary-looking bear, a two-headed snake, and a piece of poop.” (No, for those paying attention, the aforementioned “piece of poop” is *not* the iPhone itself, ok?)

The big questions still remain. Did he save up enough, after paying off the gorilla suit people, to buy his own iPhone? Will he ever tell? Did he get all the “pieces of poop” off his shoes before sneaking into the Apple store? Is the “scary-looking” bear as lame as the “scary-looking” gorilla? Will somebody wake me when Paris finally OD’s?

Ah, the wonders of the universe. I’d stick around to answer all of these questions and more except that, well, my iPhone is ringing…

(And, if you believe that, you must think Ms. Hilton doesn’t drink and that’s a real gorilla too!)