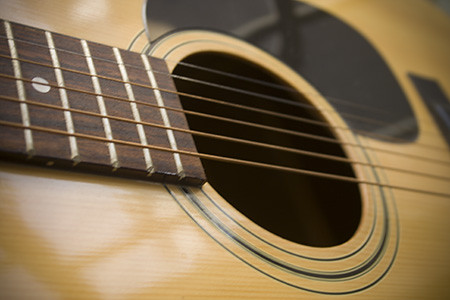 So, my neighbors in the back have this trampoline, which the kids love to play on, jump around, and whatnot. I’m not big on trampolines myself but, frankly, I usually don’t mind what my neighbors do, so long as it doesn’t bother me too much. I’m a “keep to myself” kind of person in the ‘hood, so to speak.

Today, I got home around 11:30 and heard the sound of screeching kids, jumping on said trampoline. They were out there jumping and playing, horsing around, pretty much screaming at the top of their lungs. At first, I was trying to take a nap-I thought I would catch some shut eye, since I was tired, but then I heard the kids screaming in the back. No problem, I thought, they’ll be out there for a little while, and then they’ll go back inside, or go do something else for a while, at which point, I’ll fall asleep.

Three hours of screeching kids later, I decided that I had enough. I put on the stereo in the living room. I didn’t just “put on” the stereo, I blased it.

Something you may not know about me is that, even though I’m perpetually broke, and seldom purchase new music gear, I am a bit of an audiophile. I invest in a half way decent sound system, and keep it for a long time. I seldom listen to music at loud volume but, since I have mighty speakers and half way decent gear, if I choose to do so, look out. I really have yet to encounter a “speaker war” that I could possibly loose and I can actually rattle the foundation of my home with my stereo. I usually prefer “quality sound” over “loud” but, well, not today.

So, today I decided, that’s it, I’ve had enough of the brats. I’m fixing them. I’m going to make them shut up if it kills me and breaks all the windows in a four block radius.

I started with a little Evanescence, since I reached into the “metal-ish” sort of bin and pulled out something I thought was loud and not appropriate for the kiddies. Needless to say, they didn’t like it. After about 10 minutes of the volume on 32 (it goes to 100 mind you) the screaming munchkins went inside to play.

Finally! I thought. Now I can get some rest. It was quiet for about another 10 minutes until they came out again. This time, I could tell they were trying to be a bit quiet but, being the spoiled brats that they are, their newfound “quiet” mode lasted all of 30 seconds. As soon as Dad went back in the house (and shut the door, mind you!) they started whooping it up again.

So, now this brings me to my new dilemma. What’s the best music to use for torturing children these days? Is it still soft rock? Should I wip out the “big guns?” A little elevator music maybe? I’m afraid they might actually like what I’m playing.

So far, I’ve opted for Evanescence, followed by a taste of Barry Manilow because, to quote that famous philosopher Calvin (from Calvin and Hobbs fame) “easy listening music is so hard to listen to.” Next up, I’m thinking some opera, since the little heathens sure could use some culture (and I don’t mean the kind that’s probably growing in their tennis shoes.) Maybe an aria from Rigoletto? Some John Denver? Olivia Newton-John? Of course, we have to go with the very best of ABBA, the long version of that annoying Russian Saber Dance, the short version of “99 Bottles of Beer on the Wall,” and maybe a few choruses of “She’s Having My Baby” followed by “MacArthur Park” (because, you know, leaving that cake out in the rain would be such a pick-me-up for bratty children everywhere.) Perhaps I’ll finish off with some Gangsta Rap, because, well, you know, those kiddies really need to learn thier “bitches” from their “ho’s.” So, that leaves us with “Cop Killer” followed by “Rocky Mountain High” with a side of Verdi thrown in for good measure and, maybe, um a little disco, since nobody pretends to like that in mixed company, right?

Come to think of it, this is getting kind of fun. Barry Manilow’s “Weekend in New England” has a beautiful melody, which I can really appreciate with enough decibles behind it and who knew Rachimanoff’s Theme of Paganini could sound quite so ominous from four city blocks away?

PS If you have any suggestions on what might drive the little children wild, please do either leave me some comment droppings or scroll off a note. Even with all the fun I’m having, I could sure use some helpful suggestions.