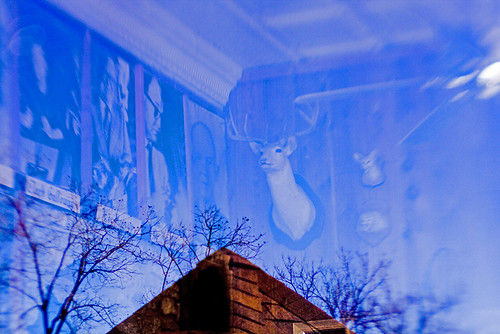 The Killers have a new video out. Set in Tokyo with a cute, little green Poke-e-mon type of dude (*waves*) it’s kind of interesting. It’s got all the typical Killers form about it-the lead singer’s wearing that wacky bolo style tie while waxing poetic about the stars in the sky looking extra rugged. It’s even got one of those Tokyo-style hotels in it, you know the ones, where they “stack” people from floor to ceiling. Sleeping chambers, really, not an actual hotel “room” like one would expect. There’s also a scene involving some roving bicycles and a rather odd scene involving the band dressed up like Geisha girls. Yeah, whatever. I’m sure I missed that reference entirely but the video’s still pretty cool. Much better than the usual “fluff” you see on TV, plus the band sounds good.

An interesting thing about Tokyo, and Japan, in general, for that matter. You never hear me whining about not getting to go there. Sure, I’d love to go to Japan someday, Tokyo seems like a great city for photography but, I’m just not up for it quite yet. The entire continent of Asia, you see, is on my back burner. I just can’t go there. It’s too expensive, too far away, too different culturally, not to mention just harder for me to visit. So, yeah, I’d love to do Tokyo someday, and, someday, I probably will but, for now, I have to concentrate on Europe, the US and points a bit closer to home. And, I have to face it. I just don’t get to travel as much as I would like.

My friend Mohinder says that I would love Bangkok. I’d never come home. The video has a Japanese man dressed up like Elvis, in a red jumpsuit, standing in the middle of the square. I’m sure I’d love to go see India and there are great photo trips to China, which would be amazing. The green Poke-e-mon dude brushes his teeth. China would be really, really cool. Couldn’t you just see me on top of the Great Wall with a tripod and all?

Did I mention the Geisha? Mmm. Thought so.