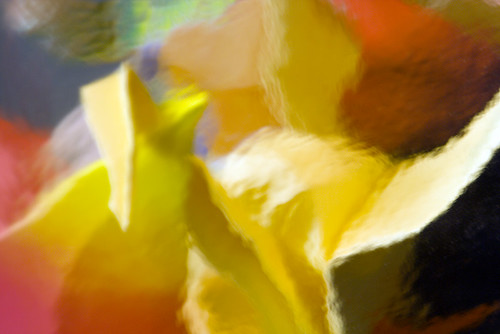 There comes a time in every photographer’s development when he (or she) decides it’s time for his work to be viewed by a larger audience. Maybe it’s just a factor of outgrowing your own walls, maybe it’s a drive to make some money from an otherwise unprofitable hobby, maybe it’s ego, maybe it’s a combination of the above but, sooner or later, every photographer usually gets the itch to get some feedback on their work. This feedback usually comes in the form of getting work “out there.” (Whatever “out there” tends to mean depends, of course, on the photographer in question.)

For some photographers, showing work on flickr and receiving a few comments or an animated GIF is enough. Other photographers want to show work in local cofee shops, libraries, bookstores, or galleries. Still others dream of places like New York or Los Angeles-you know these places-snobby collectors fill them with white walls, shiny floors, and spotlights highlighting work displayed alone on otherwise bare walls.

At some point, as a photographer, you choose to either show your work or you don’t. You either go down the path of “I want to get it out there,” or you decide “this is just a hobby-an innocent pass-time. I enjoy it and I don’t feel the need to share.”

Once you decide to show your work, there are many opportunties to do so. Once you go down that path, make that jump into “I’m going to do this” land, there are plenty of spots into which you can fall.

There’s the local coffee shop/bookstore/library route, which is rewarding because you can see your work being displayed. Usually, you can attend opening receptions at these type of places and it can be fun to sit in a coffee shop, drink an over-priced latte, and watch as people admire your work. When this happens to me, even after fifteen years showing my work, I’m almost always surprised at how my work is received. Everybody responds to photographic work differently and you become keenly aware of this while slurping down that latte.

Then there’s the flickr route. Lots of folks are sharing work on flickr now, and it’s easier than ever to do this. Flickr can be great because it can give you instant recognition. You can gain an immediate “fan base” of loyal followers who regularly scan your stream and watch what you upload, when you upload it, to give you comments and feedback. There are also groups that will force feedback to your doorstep, should your “loyal following” be out sipping a latte when you happened to upload. I’ve been on flickr for a while now, mostly so I can post images to my weblog, but I can say it can be rewarding to have an image get noticed, generate a ton of comments, or make it to the top of the “flickr heap” as it were. On the downside, flickr has a certain aesthetic-they like sunsets, puppy dogs, kittens, landscapes, and flowers-and, once you move outside of that aesthetic, it can be difficult to get “real” (read “meaningful”) feedback. That coupled with the fact that you have absolute beginners, people who can’t make gallery shows themselves and don’t really understand the process of photography, leaving comments, can leave you with a pile of “nice shot” type comments that don’t really amount to anything.

Then there’s the “real” gallery route. Sure it’s hard, sometimes it feels impossible to break down that door and let oneself in, but it does have it’s rewards as well. There’s something to be said for being in a national juried show. There’s a good feeling that comes with shipping off artwork to New York, Los Angeles, Atlanta, or even East Texas, knowing full well that it might not come back (replaced, instead, with a “fat” check) and knowing that it will be cataloged, displayed properly, highlighted, written about in the press, and all that. It doesn’t just amount to a line on a resume in the end-the work is real, it’s “out there” and it’s being seen.

Isn’t that all our photographs ask of us?