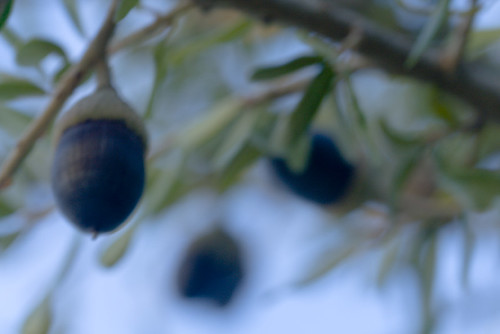 No, this isn’t about mega pixels. It’s about what I plan to do over the course of the next year. Yes, my snowflakes, it’s time for queen flake (that would be me) to take stock (excuse the pun) of things and prepare for all the excitement that, I’m sure, 2007 will bring.

In 2006, I was in a national juried show in NYC (with Joyce Tenneson. Go me!) I had some of my work published in various sources, and I participated in a few group shows. I did the Heart Gallery which, although not profitable (for me or the kids) allowed me to stretch as a visual artist and move more into the realm of the photographic portrait. If I had to sum it up, actually, 2006 was the “year of the portrait” for me, since most of the success I had was directly attributed to my portrait work (which, in case you couldn’t tell from peeking, isn’t all that extensive yet, somehow, managed to be recognized. Go figure.) I’ve never really been a portrait photographer but had some limited success, I guess, last year, due on part mostly to dumb luck and, um, well, dumb luck counts for a lot, doesn’t it?

Anyway, enough about the dumb luck of the past. 2007 will hopefully bring on new dumb luck, possibly in the form of trips. I look forward to re-visiting Venice,Los Angeles as night with The Nocturnes in June, and possibly Barcelona in the fall. (Here’s hoping, right?) Since that’s a record pace for me (I don’t get out much) I’ve decided to keep the group exhibitions to a bare minimum, as was the case with 2006 (I tried to limit myself to 4 and managed to clock in pretty close to that, actually.) I will participate in a charity show at Austin Airport in the early part of the year, involving service dogs and the Humane Society (I love them. They gave me Charlie) so look for that in the coming weeks (months.) I may or may not re-visit the Heart Gallery which, although doesn’t make for great “blogging” images (I can’t and, actually, don’t want to, post the resulting portraits) it can lead to mountains of “blogger fodder” in terms of funny stories, so look for that in the summer, if it’s happening at all.

I have yet to achieve the fame and adulation of the reclusive “one person show” but continue to send out packets at a record pace (well, record for me, as snails, sloth, and other slow movers pass me by.) Expect this to continue until, um, somebody screws up and actually gives me a show or I give up which, despite appearances to the contrary, probably won’t happen anytime soon. (I’ll just slow down the pace of submitting, thereby giving the appearance of “giving up.” Have no fear, my snowflakes, for this is just a ploy-a clever plot devised to, well, to help me overcome…Oh, who am I kidding? If I don’t get a show, I just slow up sending crap-on-a-stick to un-suspecting galleries until I make more work I feel worthy, and then the vicious cycle will repeat itself ad nausea.)

As far as my on-line presence, expect this to change in 2007 as well. After years of being a “free” blogger, I may actually spring for a “real” website. I have not been in a hurry to do this, in part because I don’t feel a pressing need but, 2007 might see a change of heart in this regard. Then again, in between clearing off all the CompactFlash from the trips, blogging on a semi-regular basis, and doing the group shows, who has time for website development? (Didn’t I say that last year? Never-mind. Don’t answer that.)

2006 found me making small photo books of my work, and I have watched as their quality has improved (somewhat) over time. I expect 2007 will bring more books, maybe even inching me closer and closer to a “real” publication of my own. I would expect this to tie-in with the website in some way, although, please don’t hold me to that. All pie-in-the-sky predictions I don’t feel comfortable lunging into head first quite yet.

Now, for the fun stuff. What kind of projects do I expect to be working on in 2007? Well, for starters, I have been tossing around the notion of having a “doggie” camera-since I often find myself too tired to take pictures, I’ve decided it might be best to leverage “puppy energy” and have Chase take up photography. I’m looking for a way to attach a camera to his collar. I also plan to purchase a new lensbaby that will allow me to do lensbaby work at night, as well as finally obtaining a telephoto lensbaby (finally! KathyV and I have been screaming for one of these for years now. Geesh! What took you lensbabians so long?) I might finally invest in a fish-eye or some sort of more wide angle lens as well as probably purchasing a “nifty fifty” or a beginner lens that’s a flat (fixed) 50mm capable of shooting “wide open” at F1.2 or F1.4. These are quite suitable for bokeh, and I’ve been toying around with that for a while, so it logically follows I would invest some into it. I also plan to “let my inner Uta Barth run free” as I delve more (much, much more) into the realm of the abstract. I’ve decided to put off the “little suicides” project until I can get a makeup artist (and drop a lot of weight) but will probably continue some of the running themes I have going already (religious “iconography”, dress forms, manipulations, reflections, masks/personae obscura, architectural wonders, patterns in nature, and so on.) I also resolve to get over to the cemetery more often, especially the State one in Austin, that’s fabulous yet unphotographed (much) by me.

Looks like 2007 is shaping up to be an interesting year. And, yeah, if I had to riff about resolutions, 8 mega pixels and loads of Compact Flash ought to be enough for anybody.