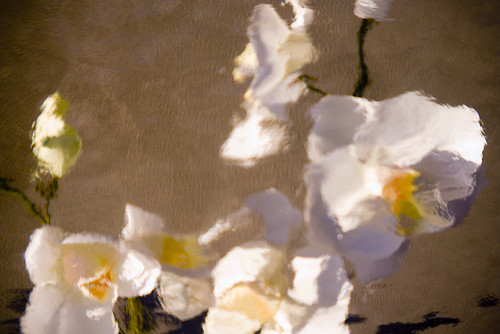 Since we had the great ice storm of 2007, most things have gotten back to normal. Cars zip merrily down the highways again, children are back at school, even the local hoodlums are back leaving graffiti gang markers. The city, and all it’s inhabitants, are back to normal, as it were. Well, except for one “little” thing that has me wrinkling up my nose.

Last week, they annouced the ice storm would hit on Friday. Then they said, “nope. It’s coming Saturday.” Then, it was Sunday. Then, sorry Monday. Many folks stayed home from work on Monday but, alas, no ice. That’s ok because, well, I’m sure they watched a lot of Court TV and, well, somebody has to, right? (Nevermind, TiVo might hear that.)

Then Wednesday rolled around. Wednesday is, or actually was supposed to be: garbage day. As you can imagine, with ice being measured in inches on the ground, no garbage was picked up. The trucks didn’t roll, they didn’t even try. Everybody stayed home, Court TV was, presumably, hopping, and even the gang graffiti hit an all-time low for the week. The paper, if you could slide out your door and halfway down your driveway to read it, annouced that garbage collection would “slide” (Ha! That’s a good word. Wonder who thought of that an in ice storm?) by one day.

Spot the pattern? Can you sniff it out? (Sorry, I had to. The newspaper made me do it.)

So, now we’ve got mountains of garbage piled up everywhere. It made walking the dogs quite horrible and, well, it just didn’t smell anything buy funky for the past few days. It reminded me of “the great garbage strike in New York City” and, for those who did not have the “pleasure” of living through that, I can attest, it was not pleasant. It was, in fact, very far from pleasant. Pleasant things, weren’t even in the same zip code, ok? Icky is a word I would use to describe it actually.

So, last night, around 7 pm (yes, I said 7, that would be the same 7 as in American Idol time, ok?) the garbage trucks finally (and I do mean *finally*) rolled around. Phew! It was stinking up to high Heavens in here. I’m glad they finally made it.

It was so bad, they had to send two (count ’em two!) empty garbage trucks just for my neighborhood. Wow. Who’d a thunk we could generate such a mountain of rubbish in such a short time?

And, speaking of rubbish and, um, American Idol, I’m so glad it started again. Sure, it means no more Tuesday nights but, like, I can hardly wait for LA week to begin. Oh happy, happy, joy joy. I already like Sundance, the hippie kid, and I’m so hoping that it’s going to be a blues singer this year because, well, the world really needs another blues singer.

And, it goes without saying, but, we really, really need to take out the trash more often than not.