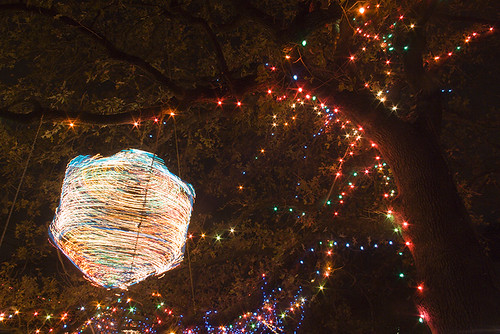 This is the giant draidel in the tree from 37th Street. I’m happy because, this year anyway, I was able to make it look like it was exploding (this in another shot.)

In most important news, I have ordered a laptop. I broke down and got myself a Macbook Pro. It’s going to be a 15 inch model, with a dual core pentium, a gig of memory (on one DIMM) and a rather small-ish hard drive, which I can replace later, should I become an addict and start using it instead of my desktop.

Ok, so now I’m portable. You aren’t expecting me to get up and dance or anything now, were you?