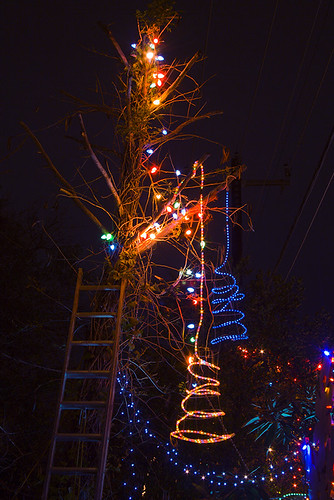 Ladder to the Lights, originally uploaded by carolWorldLeader.

(or how the federal government is confusing me by doing something nice.)

My passport expired. So, I decided (finally!) it would be time to get a new one.

Now, I know what you, my loyal readers, are thinking. (No, not *that.* Geesh.) “Oh this is going to be good. That ranting, raving lunatic of a flake has to deal with waiting in line, government bureaucracy, red tape, and like, probably some really old, slow moving clerks…” And, knowing what I know of the government, I’d say that I’d have to agree with you. I was expecting a hard time, a multi-hour wait, a “take a number/now serving” tangle of misery that only our bungled US government could offer up on a not-so-silver-yet-still-somehow-overtaxed platter. So, you can imagine my surprise when it was nothing like that?

I went to USPS.gov (I still think the US Government should get even with all these cheesy porno sites by registering “odd” domains, you know, stuff like “HotKentuckySchoolGirls.com” and then put up really boring government propaganda, you know, stuff like “Case Study and History of the Bow Weevil in the 21st Century” but that’s really a blog for another day. Revenge can still be had, though, for $9.99 a domain name. And, while it might qualify as a waste of our hard-earned tax dollars, it sure as hell would be funny.) They had a form listing the places (physical places) where you can renew your passport. I printed the form, with a map, to the nearest Post Office that offered up “Passport Hours.” Passports, it would appear, are only made in the middle of the day, during certain hours. Ok, no big deal, I can read and follow directions. I go to the Post Office at lunchtime, right before Christmas, and there’s about 200 people waiting to ship packages. I take my number, expecting a super-long wait, the likes of which, well, let’s just say I was fully expecting to grow old today, and I sit down between two towers of boxes, waiting to be shipped to Indiana, supported only by SUV-driving soccer moms.

As I’m waiting, I stop staring off into space (actually daydreaming) long enough to spot passport applications hanging on the wall. There are 2: a purple and an orange one. Great. Now I’m thinking, “this is like the matrix with the pills in pretty colors, except that people might have actually made it out of the matrix. There’s no hope for me…” But the forms were easy enough (I needed “purple” for renew.) The wait was shortened because I didn’t have to get stuck behind all the “package people” (they have a special line for the likes of me. Ok, well, maybe not but…) I was in and out in about the time it took for them to develop my picture.

Wow. What can I say? Probably nothing, since now I don’t have a legitimate gripe to blog, right? Passports are issued by the Department of State, at the Post Office, and cleared with Homeland Security. That’s 3 (count ’em! 3) federal government agencies I had to deal with today. And they all just worked together. Like sorcery without the wand, I still can’t figure out how they pulled this one off. Must be something in the egg nog.

(‘Course I still don’t have the passport…yet…but they did say 4-6 weeks…so here’s hoping.)

Until next giant ball of red tape that’s surprisingly agile…