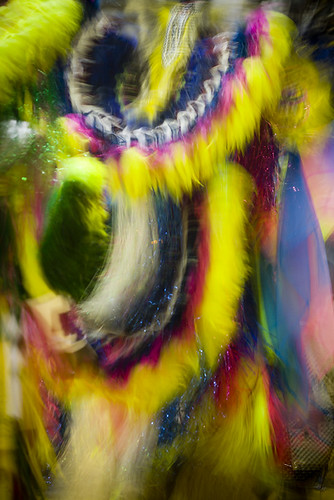 Rachel Cooke left her home on FM 3405 in Georgetown, Texas (about 5 miles from where I live) on the morning of Thursday, January 10, 2002 to run her usual 3 or 4 mile morning jog. Sometime, near the end of her cross-country run, possibly within 200 yards of her home, she disappeared. She has not been seen since. A petite, young, then 19 year old blonde college student, her story has been featured on Unsolved Mysteries, John Walsh’s TV program, a multitude of flyers and posters in and around Georgetown, and on several other news shows. Her parents have even appeared with the President at the White House in support of missing and exploited children.

On September 23, 2003 Christina Moore, a resident of the nearby Avery Ranch sub-division in Round Rock, Texas, was murdered in her home as her then 15 month old daughter rested in a crib in the next room. Christina’s throat was cut. She was 14 weeks pregnant. Due to the nature of the crime and her status as a visibly expecting mother, the State of Texas decided to bring her murderer to trial on charges of capital murder, which carries with it a death sentence upon conviction.

What do these two cases have in common? Apart from each happening within a 5 mile radius of my home, the alleged killer of both woman is one Michael Keith Moore (no relation to Christina.)

What’s even more shocking about this case, what takes it from “ordinary” crime and murder (if such a thing can exist) to unusual gruesome cruelty, is the fact that Michael Keith Moore, while being faced with a conviction in the murder of Christina Moore, first freely confessed to the murder of Rachel Cooke. He confessed, citing details only a killer, or someone in close personal contact with Rachel, would know. He admitted that he killed Rachel by means of a blow to the back of the head with a hammer, he admitted that he raped her, and he admitted to prosecutors that he wrapped her body in a tarp and dropped her remains into the Gulf of Mexico. But then, when it came time to enter a plea for Cooke’s murder, when it came time for him to stand up in court and confess, in front of a packed courtroom, Moore backed out of the deal. He plead, “Not Guilty,” stunning even his own legal team and throwing the court proceedings for both trials into turmoil.

But this is not about Michael Keith Moore. This is not about his terrible crimes, his fate, his justice, or his cruelty. He is a murderer. We know that now, and he is not going to change anytime soon.

The textbook definition of the word “strength” includes the ideal, “the power to resist or endure.” For almost five years now, Robert Cooke and Rachel’s family have endured the media spotlight, the massive searches, the highs and lows, the promise of maybe finding her, the agony of having another body turn up that isn’t Rachel but is some other father’s daughter, waiting for a proper burial. A missing tennis shoe, an injured search and rescue worker, police dogs and district attorneys. 48 Hours, local news crews, and police tape. A wedding, a birthday, and a handful of Christmas holidays. A trial with the promise of a plea, a polite, quietly whispered “not guilty” entered into the record books. And so, the Cooke case goes on.

During this time, during this trial, before, during, and after this plea, Robert Cooke has gone to court. He’s thanked the Sheriff’s Deputies, fed the search and rescue workers, politely granted interviews to the 48 Hours investigators and the reporters from the Austin newspapers alike. He’s kept an on-line diary, where he poured out his thoughts for the world to see. He’s held firm in the belief that, one day, he will find out what happened to Rachel. He continues the search for Rachel and for answers to her disappearance. And he continues to help other families search for their missing loved ones.

On Thursday, November 9, 2006, Robert Cooke announced his families full support for the District Attorney and Sheriff’s Offices, along with the new family motto: “We’re not done yet!”