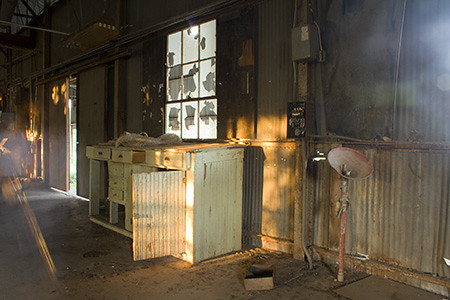 I love Neko Case. Ok, maybe not “love” the way most perverts think of it. In fact, let’s just say I “heart” Neko Case so I don’t get hate mail. (Gosh, I really hate getting hate mail. The only thing I hate worse than getting hate mail are those “enlarge your penis” mail messages, and those really drive me nuts.)

But, getting back to Neko Case, she writes and sings shiny, newfangled, “vintage,” music that’s hauntingly beautiful and touchingly melodramatic. You have to hear it to experience it really. It’s the kind of music that you know is different the first time you hear it. It’s the kind of music that grabs you-really grabs you-like makes you want to drop your newspaper, or whatever you happen to be doing at the time, put everything down, and just listen. It’s the kind of music you can’t forget-indelible really. I wish I could take pictures that look like her music. It’s quirky, offbeat, and different in an “all good” sort of a way. I heard Kevin Welch’s new murder ballad on the radio the other day-it was good but it wasn’t Neko Case good. She’s the queen of the murder ballad in her shiny new Plymouth ragtop car.

Her music is so dramatic and visual, I could almost imagine it being used to score a movie. If Neko Case were to score a movie-I’d go see it, regardless of who played in it, no matter what it was about, just to see it. I’d almost say I’d like to see her score a Nicolas Cage movie but TiVo might hear me, wake up, and work itself into a frenzy, leaving me with a mid-day, half-recorded Jerry Springer re-run, not to mention a broken TV set, and that would not be good. Even so, as much as I hate to admit it, if Neko Case were to score a movie, I’d go see it, even if it had Nicolas Cage, his mustache, his fake New York accent, and his extra-dirty hookers who don’t wash their hands, I’d still go see that movie. I’d be so intrigued, I couldn’t stay home.

Somehow, I think she’d just be perfect for a movie. She could even be in the movie. She could play some two bit lounge singer who writes a murder ballad-a sad story of love gone wrong set to three quarter time, only to find her story comes true. Her character could go out and hire a detective, to get to the bottom of it all, and, well, that’s where the “un-boopable” Cage could come in. He could play some weirded out, lonely, depressed, doughnut-less detective who gets to the bottom of it all. Sure he’d have to get a trench coat or something but, crap, I’d go see *that* movie. I’d be able to tolerate him as a pathetic gumshoe while listening to her spot on murder ballads playing in the background. Crap, I’d even go to a theater and pay good money to see that one, wouldn’t you? Ah yes, Neko Case and Nicolas Cage, a match made in heaven. Well, ok, maybe like some really weird, desolate part of purgatory somewhere that like nobody else wants to visit, but, you get the idea.

Now, what we need here, what we really need, is not me dreaming up this kind of stuff. No, my snowflakes, where’s M. Night Shyamalan when you really need him, eh?

Until next murder ballad in the park on the podling…