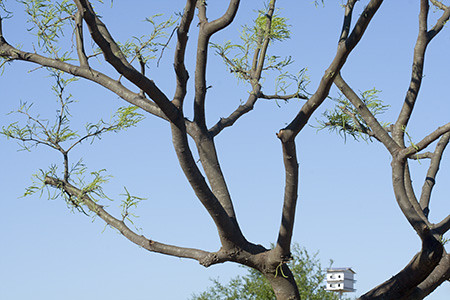 Just to keep you up to date with my recent ipod possession (this TiVo is, in fact, acting “normal” on me while this is going on, mind you. Well, about as “normal” as my TiVo could be acting, I suppose) Thursday’s shuffle selection was *gasp* “Better Make it Through Today” (I miss disco already. While completely campy, at least it was fun. Thursday was just plain *scary* man.) Friday’s shuffle, in honor of the recent storms, rain, hail, tornado (!) and the like, was “Misty.” Yes, *that* ‘Misty’ (as in “Play ‘Misty’ for me.”)

So, it’s official. My ipod can predict the weather! What’s next? Please don’t tell me it’ll start free roaming because, then, well, I’d have to hide in the closet, along with all those folks trying to escape the Texas tornado, the Trail of the Dead, and all.

While we’re on the subject of music, the other day on the car radio (a device Nicolas Cage has yet to invade!) I heard some sweet Roky Erickson (“Starry Eyes.”)

For those of you who don’t know the “story” behind Roky Erickson (where oh where is Hollywood when you need it? Nevermind, we all know they’d be first in the closet if they weren’t already hiding in the TiVo and they wouldn’t know good material if it bit them in their collective liposuctions) Roky used to play with the almost popular, ever quirky, critically acclaimed 60’s psychedelic band, The 13th Floor Elevators.

There’s also a story behind Roky Erickson (you knew this was going *somewhere* didn’t you?) You see, back in 1969, Roky Erickson was arrested for possession of a single marijuana cigarette, which led to his being committed for three years to an insane asylum where he was subject to Thorazine and forced to undergo electroshock therapy (kind of like “One Flew Over’s the Cuckoo’s Nest” only without the benefit of Jack Nicholson’s bad attitude and funny faces) and Roky has never really been the same since. I guess, unlike the movies, land of the happy endings, in “real life” shock therapy is not very “therapeutic.”

It’s been a long road back for Roky Erickson, as he still suffers from the lasting effects of the 60’s and the psychedelic aftermath and all. He was part of the first band to legitimately call themselves “psychedelic” and he ended up paying the ultimate price, being forced to live up to that tag. I’ve had the pleasure of seeing him live and I’m happy to hear his music on the radio again.

Makes me wish my ipod went to the 13th floor instead of hiding in the basement with all the disco dancers, fortune tellers, and jazz standards.

Until next “going up?”