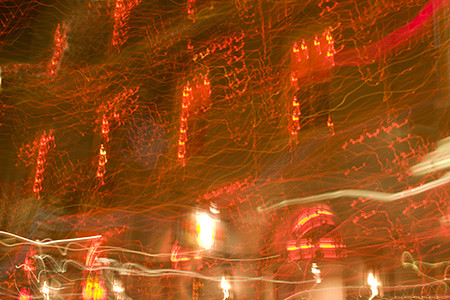 This just in from the “laughing my…’anatomy’ off while rolling on the floor clutching what’s left of my spleen” department, today’s entertainment section of my local newspaper had a “blurb” about none other than that favorite hotel wrecking/party barge sinking/beer banner sponsor sign ripping amalgam of music makers, Austin’s own …And You Will Know Us By the Trail of Dead (or just Trail of the Dead for short.)

“You have known them by the trail of destruction they often leave in their wake. Yet the volatile noisesmiths known as …And You Will Know Us by the Trail of Dead will be on best behavior when they play a party at the Beauty Bar, which is opening an Austin location just in time for South by Southwest.”

If you regularly read this website, you may remember that I sort of scooped this story back in January when I said that the band was, in fact, on the lookout for another, ahem, “fine establishment” to trash (or, well, at least one that would let them in the doors long enough to find out if they were “trash worthy” because, I’m guessing here, even an exiled bunch of hooligans like Trail of the Dead has standards too, right? I mean, they have to at least one TV in said locale because, well, they need *something* to float into the pool, right?)

I suppose they could have just loaded up on quarters and slept in/trashed their local laundromat (spin cycle, anyone?) but, then, hey, we wouldn’t have so much fun waiting in anticipation, wondering what kind of demolition work/redecorating they were planning for this year’s South by Southwest festival, would we? (Somehow, it just wouldn’t be South by Southwest without some kind of Trail of the Dead incident now, would it?)

So, in the spirit of party bands who rock and TV sets that don’t float, today I’m offering up some advice to my fellow Austin-based artists (despite the fact that I’m uniquely unqualified, having yet to trash a hotel room in the name of “high art.”)

Trail of the Dead, if you should happen to read this, there’s a new hotel in Cedar Park. It’s a Holiday Inn-three stories tall with a pool. The pool is entirely within “TV hurling” distance from most of the rooms on the east side of the building.

My suggestion? Get lots of fake mustaches, even Groucho Marx style eyeglasses, you know the ones (they come with fake mustaches already attached!) and check-in with made up names-names like “Wilbur Paddington” or “Roscoe Bennington” (names that sound fancy but are really quite laughable.)

Cedar Park is *so* within driving distance to downtown and it offers up a plethora of hotel suites suitable for re-decorating, if you know what I mean.

Just please be considerate of your “neighbors to the north” and remember to call me first, so I can run over there and take pictures of the melee that’s certain to ensue-I’ll need at least a twenty minute head start or so-and, do remember, that’s twenty minutes *before* you get kicked out by the Cedar Park Police (it’s ok if it’s *after* hotel security gets summoned but it must be *before* the 9-1-1 call, ok?)

In exchange, I promise to give you exclusive flickr rights and a prime spot on this blogger real estate, should I happen to get any great pictures of Groucho Marx floating a TV in a murky pool while being chased by the keystone cops.

Until next Swimmingly Beautiful TV…