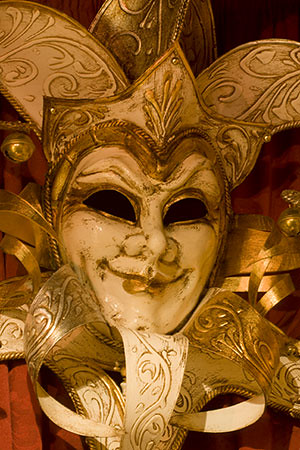 As you may know, the Utata project is getting along fabulously, gaining 20,000 unique hits in it’s first few hours of launch, with over 4000 of those being first time visitors to the site (Utata.) What you may not know is that, part of this project involved including EXIF data into our submissions.

For those of you who are not photographers (all 3 of you…*wave*) EXIF stands for EXchangeable Image File data. In more, ahem, “human” terms, this is the type of data that the newer, digital, cameras record when they capture an image-things like shutter speed, data and time, focal length, metering pattern, aperture, and the like. (In a statistic I find totally frightening, some newer cameras even record GPS data-that would be where, exactly, you were standing upon planet earth when said image was taken or captured as the newer photographers like to call it.)

Ok, I’m going to just come out and say it bluntly: I hate this. I hate the fact that my EXIF data is now available to any Tom, Dick, or Harry who happens along and “clicks” (to use a technical term) on one of my images.

I don’t just HATE it, no, it’s even worse than that. I feel like I’m standing naked in the square, like the door flew open on the airplane john, like a manly man walked into the wrong bathroom at a disco and caught me with my ball gown around my knees, you know, that sort of thing. (Oh the horror! Oh the humanity! Anybody can just happen along and FIND my EXIF data and VIEW IT by clicking on my image. GASP!)

It’s horrible. It’s worse than horrible. I just cringe anytime I think about anybody at all coming along and just viewing all sorts of information, like what kind of camera I have, what lens I was using, what aperture, shutter speed, and the like. It obsoletes searching for tripod holes and raises this (shoddy) technique to an entire new level. All that and, well, it’s just WRONG on so many levels.

Sure, when I first started in photography, I had a teacher. (I talk about her here as Barbara, although, in reality, she was a senior curator at UT’s Harry Ransom Center which, in case you don’t know, is quite a prestigious post.) When I first met Barbara, I was blown away (amazed really) at how she could tell, just by looking at a picture, when it was taken, where it was taken, what kind of camera took it, etc. She, basically, was a “human EXIF calculator” back in the days before EXIF data even really existed.

But, this, to me anyway, was different. She wasn’t “cheating.” No, instead, she was relying on her knowledge (she had a vast knowledge base, believe me) of photography to, sort of, take an educated guess at just what information she wanted to gleam. (This modern day “I’ll show you my EXIF data if you show me yours” is just all wrong on so many levels.)

As luck would have it, not only did I have to, was forced, compelled, dragged into, ahem, showing off my EXIF data as part of the Utata project…as if this weren’t bad enough..no, people have actually started MAKING COMMENTS about my EXIF data (“ah, a 30 second exposure, that’s why it’s so pretty…”)

I don’t know why, really, I have this hang up. I mean, it’s not anything that Barbara couldn’t figure out, right? But, somehow, I’m just horrified at the notion that now the entire world (well, ok, maybe only 20,000 of you. Per day) has seen my EXIF data and it’s just like out there SHOWING to whomever wants to peek.

I guess, on some level, it’s probably actually helpful for those new to photography (they can see what it is that we do-they can peek at the magic behind the ball, the wizard behind the curtain, that sort of thing) but, on so many levels, photography is really more about creativity and, at least for now, you can’t really quantify that or spew it out within the confines of a JPEG file format (well, not YET anyway.)

What’s next? Am I going to have to tell you what brand of tripod I prefer?